In the summer of 1970, 50,000 women marched down New York’s Fifth Avenue, announcing the birth of a new movement. They demanded three rights: legal abortion, universal childcare, and equal pay. These were preconditions for women’s equality with men at home and in the workplace. Astonishingly, they didn’t include the ending of violence against women among their demands — though the experience and fear of male violence was widespread — because women still suffered these crimes in silence.

Those three demands, and the fourth one that couldn’t yet be articulated, have yet to be met. At this forum, Fadiman and Hudson discuss with Paul George the past, present and future of this continuing movement for justice. 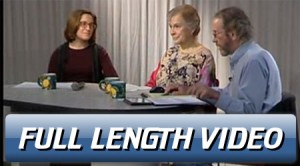