A conversation with political economist Jack Rasmus about the economy, Washington’s budget battles, inequality and other fiscal disasters.

With a “fiscal cliff” deal signed just after New Year’s, and with a temporary ceasefire declared in the battle over the debt ceiling, what happens next in Washington? More importantly, who will reap the profits and who will pay the price?
The next phase of fiscal negotiations will again focus on reducing sequestered defense cuts, more emphasis on cutting Social Security, Medicare, Medicaid and the like, and a return to playing chicken and brinksmanship once again on the debt ceiling.

Meanwhile, the economic recovery remains anemic, millions remain unemployed and huge numbers of home owners are still “under water” with their mortgages. What is being done for the economy and those who have been hurt most by the continuing fallout from Wall Street’s unbridled greed? Is anything being done for them? Is anybody even talking about displaced workers and homeowners?

Dr. Jack Rasmus has a Ph.D in Political Economy and currently teaches economics and politics at St. Mary’s College and Santa Clara University in California. He is the author and producer of various nonfiction and fictional works. Prior to his writing career, Jack was an economist and analyst for several global companies and before that, for more than a decade, a local union president, business representative, contract negotiator, and organizer for several labor unions. Jack blogs at JackRasmus.com. 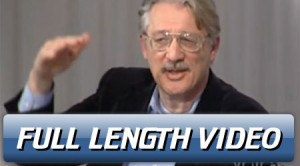