Relations between the United States and North Korea have reached a nadir, and in most Western media reports it is the seemingly irrational harsh rhetoric emanating from North Korea that is to blame. Inexplicably, we are told, North Korea has chosen to raise tensions. What is missing from this image of hostile North Korean behavior and blameless American victimhood is context. As is often the case, the media present events in an isolated fashion as if arising suddenly and without cause. — Korea Policy Institute

In this edition of Other Voices TV, we try to to provide context to the seemingly neverending series of crises on the Korean Peninsula, the context that our corporate media miss … or ignore.

Our guest, Christine Hong, is an assistant professor at UC Santa Cruz where she specializes in transnational Asian American, Korean diaspora, and critical Pacific Rim studies. She is a member of the Board of Directors of the Korea Policy Institute, a coordinating committee member of the National Campaign to End the Korean War, a steering committee member of the Alliance of Scholars Concerned about Korea, and a member of the Working Group on Peace and Demilitarization in Asia and the Pacific. She has spent time in North Korea, including a visit to the country as part of a North American peace delegation. 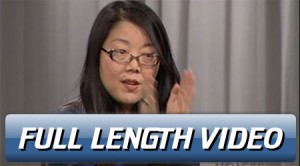