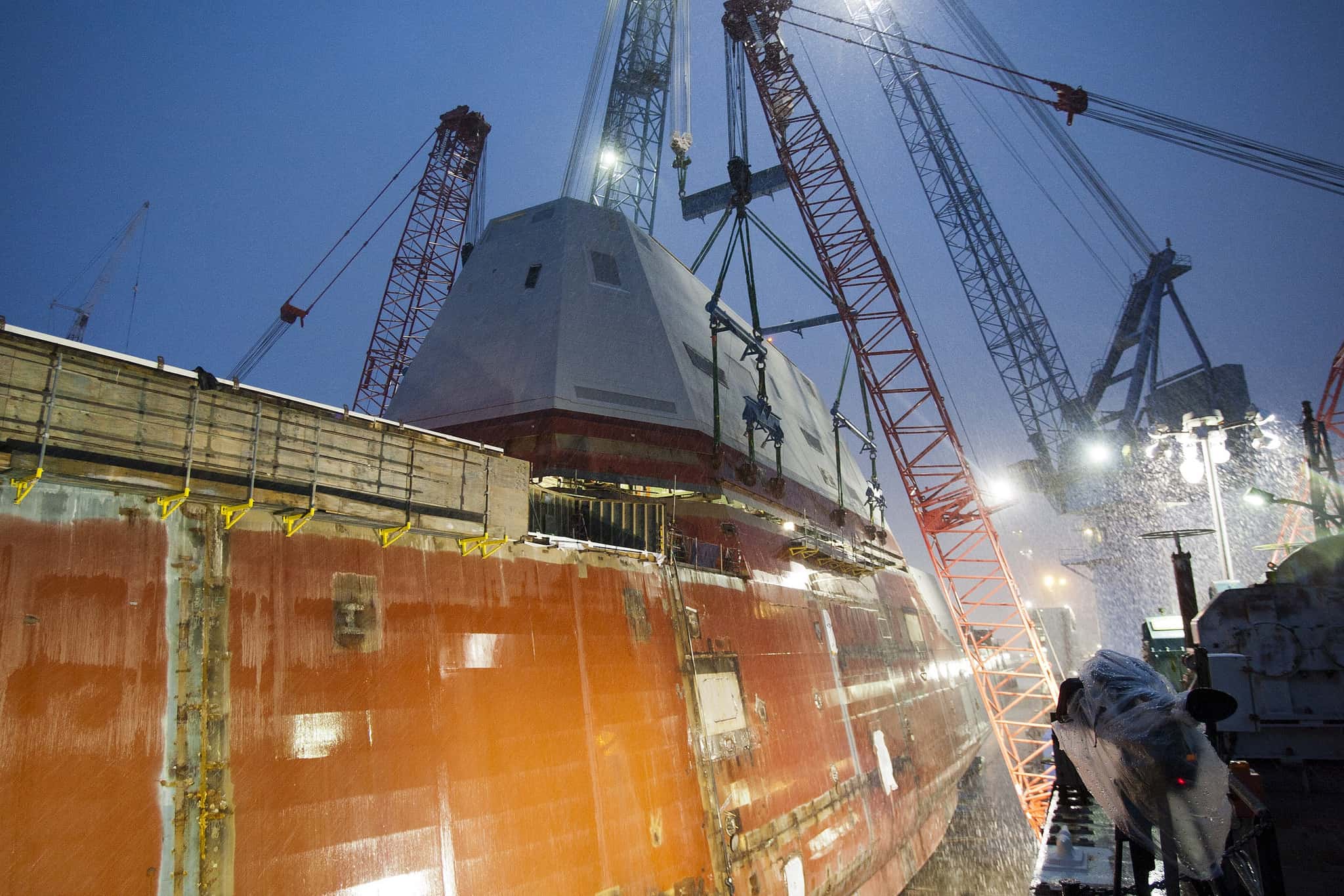 I am a proud member of Veterans for Peace.  As a young man, really a boy, I received a Congressional nomination to attend the U.S. Naval Academy.  Totally a product, as we are all, of the era and environment in which I had spent the first 18 years of my life, I proudly went off to Annapolis; just as, seven years later, I proudly went off to Vietnam, having volunteered to serve there.  Among my Naval Academy classmates was Bill Fitzgerald.  He, too, proudly served in Vietnam.  In 1967, Bill died heroically when his base was overrun by Viet Cong.  The USS William Fitzgerald, an Arleigh Burke destroyer, was launched in January 1994.  I was here on that occasion as well, only across the street.

My politics have changed since the 1960’s. I credit truth-tellers like Noam Chomsky and Howard Zinn mostly.  But, our country’s heinous and bloody history in the intervening years has validated my change of heart.  Think of it—this history.  Low-lights might include:

These are only a few pieces of a history that has earned the U.S. the distinction of being that country deemed to be the greatest threat to world peace according to an international poll.  The U.S. garnered 24% of the votes, well ahead of Pakistan, a distant second with only 8% of the votes.

No doubt we can attribute this unwanted eminence, in part, to this history I’ve cited as well as to Guantanamo, to Abu Ghraib, to Bagram Detention Facility and to the continuing policy of torture in such places as well as to our targeted assassination program—extra-judicial state-sanctioned murder by drones.  According to a recent report 90% of the victims of drone attacks in Afghanistan have been innocents.  Pakistan is the site of more U.S. drone strikes than any other country. The Obama administration has carried out more than 370 drone attacks there, killing as many as 1,000 civilians, including up to 200 children, according to data collected by the Bureau of Investigative Journalism.

All this is well-known history around our digitally connected world.

What does all this have to do with why we are here to protest the launching of the Zumwalt destroyer?  Well, because this destroyer, the Monsoor, is another piece, another symbol, albeit a small, but expensive one, of how misguided our leaders are.   How wed to imperialism and world domination they are. The price tag on this destroyer is $4 billion and rising.  Alternatively, we could enable 40,000 students to attend four years of college debt free.  Whether we call it socialism or not, that would seem to make more sense than building one more warship to better arm a country that already spends more than the next seven biggest spending countries and already has the world’s most powerful navy by far.

At the beginning of my remarks I mentioned Admiral Zumwalt, after whom this new class of warship is named.  He who authorized the Agent Orange spraying of Vietnam ensuring the agonies of millions of Vietnamese and of the descendents of those American troops similarly exposed for generations to come.   It is an extreme irony isn’t it, that Admiral Zumwalt’s son, a young lieutenant who himself served in the Mekong Delta during the spraying, who died young, and his son, the admiral’s grandson, born with congenital anomalies, were evidently among the victims of the poisoning?  They, too, were human beings.  Something about reaping what one sows.

Our Congress, voting again and again for increased military expenditures, is like a pack of drunken sailors, totally out of control, but comparing them with military men would be unfair—given they are almost all millionaires or better and that their pockets and campaign war chests are lined with coin from those who benefit directly from our war-making—the wealthy elite who run the behemoth corporations of the defense and security industries.

I’d like to quote President Obama.  During his recent visit to Hiroshima he said, “We must change our mindset about war itself to prevent conflict through diplomacy and strive to end conflicts after they’ve begun. We must see our growing interdependence as a cause for peaceful cooperation and not violent competition. We must define our nations not by our capacity to destroy, but by what we build. And perhaps above all, we must re-imagine our connection to one another as members of one human race.”

Wow.  Did he really say this?  Better that he really “be” this!

It is past time that we the people make certain that our leaders don’t simply utter platitudes, but that we insist they deliver leadership worthy of the people we believe we are and represent values that reflect a respect for our planet and for all people.  Human beings!  All human beings!  Fellow human beings!

In closing, let us consider the people of Gangjeong village on Jeju Island, Korea.

Over the past nine years the villagers, joined by thousands of other Korean and international activists, to include several of us here today, have worked to prevent the construction of a naval base on this once tranquil coast.  The war ships built here at Bath Iron Works will be harbored at Jeju further escalating tensions in the Asia Pacific.  We stand in solidarity with our fellow human beings, our brothers and sisters of Gangjeong village.

Dud Hendrick is a member of Veterans for Peace.  He has traveled widely to meet with and to speak about the victims of U.S. foreign policy.  He resides on Deer Isle, Maine and can be emailed at dudhe [at] myfairpoint.net