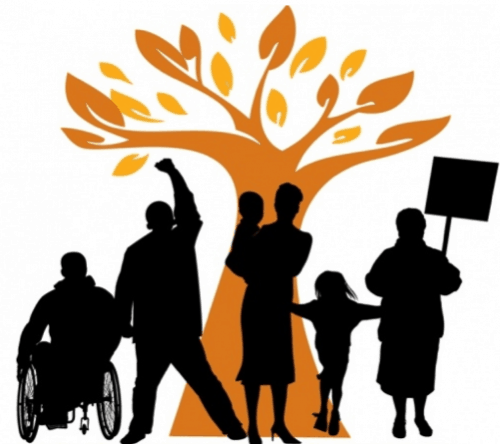 Lots of people eagerly study all the polls and reports on how many people believe that climate change is real and urgent. They seem to think there is some critical mass that, through the weight of belief alone, will get us where we want to go. As if when the numbers aren’t high enough, we can’t achieve anything. As if when the numbers are high enough, beautiful transformation will magically happen all by itself or people will vote for wonderful politicians who do the right thing.

But it’s not the belief of the majority or the work of elected officials that will change the world. It will be action, most likely the actions of a minority, as it usually has been. This week’s appalling Obama administration decision to let Shell commence drilling in the Arctic sea says less about that administration, which swings whichever way it’s pushed, than that we didn’t push harder than the oil industry. Which is hard work, but sometimes even a tiny group can do it.

Take San Francisco, population 850,00, which is near the very top for percent of people who believe in climate change, according to a pollster I spoke to recently. I wish that meant that there were 850,000 climate activists in my town, or even 425,000. But I’ve watched for two years (and sometimes joined) the group of people pushing the San Francisco Retirement Board to divest its half billion dollars or so in fossil fuel investments. In April of 2013, the San Francisco Board of Supervisors passed an exhilarating unanimous (but nonbinding) resolution asking the Employee Retirement Board to divest.

Out of the 850,000 San Franciscans, seven or eight dedicated people have kept the divestment initiative alive, while the retirement board balks, stalls and grumbles about how straightforward changes in a modest portion of their portfolio are difficult, impossible, dangerous (even as they lost tens of millions when petroleum and coal stocks crashed). The activists pushing this forward are not one percent of San Franciscans, which would be 8500 people, or .1%, 850, but about .001% of people in the city.

They’ve come this far by being dedicated, tenacious, deeply informed on the issue and on board policy, and by regularly meeting among themselves and attending most of the meetings. Occasionally they get more people to show up, but they’ve carried the weight for two years. Recently they had a substantial victory, and they may yet win. For all of us. Otherwise divestment might have slipped away in San Francisco. It’s been the same at schools from Rutgers to Stanford: small groups of students and allies have pushed divestment and, sometimes, won. This is the kind of race that tortoises, and not hares, tend to win.

Sometimes small groups matter. Larger groups often do. People have the power, when we choose to use it, to act on it, to dedicate ourselves to change. We have so many stories about how power is elsewhere. As the Obama Administration nears its end, I keep hearing from the bitterly disappointed and the generally bitter, who seem to believe that one man should have reversed the status quo more or less singlehandedly. They blame, credit, and obsess about the 53-year-old in the White House. But Obama is just the weathervane, and he knew it when he was elected.

Then, he implored the great wind that lifted him up and carried him along to keep going. Instead, people believed the job was done when it had just started and went home. Had the exhilarating coalition of the young, the nonwhite, the progressive, the poor who are usually excluded from political power kept it up, had they believed the power was ours, not his, we could have had an extraordinary eight years. The failures are not his alone – we can’t expect more of politicians than of the civil society that could push them. We can expect more of ourselves.

The climate movement is picking up steam – or rather wind. This January you could even see Mitt I-Will-Build-the-KXL-Pipeline-Myself Romney start to waver on the reality of climate change and its causes. Yes, that’s the same Mitt “I’m not in this race to slow the rise of the oceans or to heal the planet” Romney we heard from in 2012. In 2004 Senator John McCain actually said, while pushing emissions-control legislation: “There is strong scientific consensus about the fact that global climate change is occurring, and occurring as a result of human activity.” By 2008, he was picking a climate denier as his running mate. Corporate wind machines make them spin and spin, these ambitious men. “Marco Rubio Used to Believe in Climate Science. Now He’s Running for President”, ran a Mother Jones headline. He knows, as my mother would’ve said, on which side his bread is buttered.

We complain about politicians spinning, rather than recognizing that this is exactly what we want a weathervane — or hey, a wind turbine — to do, or recognizing that it’s up to us to be that wind. That’s why the ordinary people of Richmond, California, managed to beat the candidates mighty Chevron Corporation backed to elect a full sweep of green populists to city government last November. It’s also popular to say that we need to get money out of politics, but the people in that Chevron-refinery-dominated town proved that even money can’t buy everything if people are passionately engaged. As my friend Jamie Henn of 350.org said, we don’t need to get money out so much as we need to get people in (and by that I don’t think he means obediently voting at the end of the process, but transforming the process, inside and outside electoral politics).

Too many of us seem far too fond of narratives of our powerlessness, maybe because powerlessness lets us off the hook. As we head into that most dismal of situations, another unbearably long electoral cycle, many who care about climate change will say that we need an elected official who will represent us or a great majority who agree with us. But we don’t need everyone on board; we don’t need one magic person in office; we need ourselves. To act. It’s the wind, not the weathervanes.