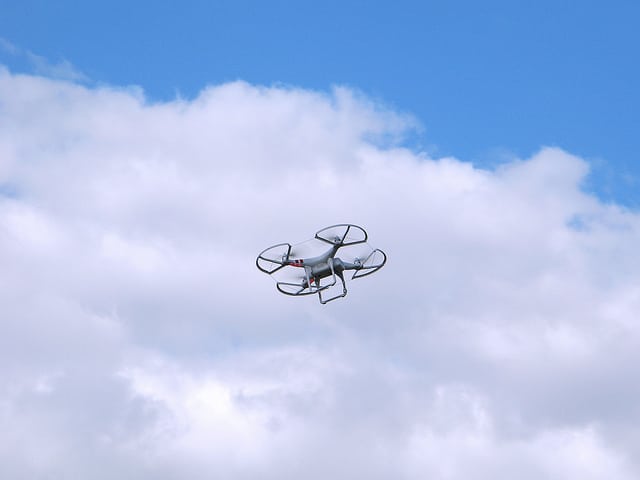 North Dakota has just become the first state to legalize police use of drones equipped with “less than lethal” weapons, including rubber bullets, Tasers, tear gas, pepper spray and sound cannons. Now, police will be able to remotely fire on people in North Dakota from drones, much as the CIA fires on people in other countries.

Although drones in North Dakota will be limited to “less than lethal” weapons, some of these devices can cause injury or even death, according to Christof Heyns, United Nations special rapporteur on extrajudicial, summary or arbitrary executions. He reported that rubber bullets, water cannons and tear gas have resulted in injury and death. “The danger is that law enforcement officials may argue that the weapons that they use are labeled ‘less lethal’ and then fail to assess whether the level of force is not beyond that required,” Heyns wrote. The Guardian reports that at least 39 people have been killed by Tasers as far in 2015.

Heyns warned the U.N. General Assembly that the use of armed drones by law enforcement could threaten human rights. “An armed drone, controlled by a human from a distance, can hardly do what police officers are supposed to do—use the minimum force required by the circumstances,” he said.

Drone manufacturers in North Dakota lobbied hard to stymie efforts that would have required police to obtain warrants before using drones. Al Frazier, a sheriff’s deputy who pilots drones, revealed their motivation. He told The Daily Beast, “I think when you’re trying to stimulate an industry in your state, you don’t want things that would potentially have a chilling effect on [drone] manufacturers.”

When North Dakota police suspected Rodney Brossart of cattle rustling, they asked Homeland Security to use a Predator drone to fly over his land. Predator drones are also used by the CIA to conduct surveillance and drop bombs in Pakistan, Yemen, Somalia, Iraq and Syria. The police, who didn’t get a warrant to fly over Brossart’s land, used evidence gathered from the drone surveillance to prosecute him. Brossart was convicted of terrorizing, preventing arrest and failing to comply with the law for stray animals.

The Supreme Court has not yet decided whether police must obtain a warrant before using drones. In California v. Ciraolo, the court upheld the warrantless use of a fixed-wing aircraft at an altitude of 1,000 feet to peer into a private, fenced backyard and identify marijuana plants because “any member of the public flying in this airspace who glanced down could have seen everything that these officers observed.” The court noted that no warrant is needed for what is “visible to the naked eye.” The justices reached the same result in Florida v. Riley, in which officers saw marijuana plants in a greenhouse from a helicopter 400 feet above.

But in Kyllo v. United States, the court held that the police need a warrant to use a thermal imaging device that measures the temperature of the roof of a house to detect the growing of marijuana inside. Justice Antonin Scalia wrote for the majority that if the government could freely collect any information “emanating from a house,” we would be “at the mercy of advancing technology—including imaging technology that could discern all human activity in the home.” The majority thought it significant that the technology used in Kyllo was “a device that is not in general public use.”

It is unclear how the court will apply these cases to the use of drones, which could be used to conduct long-term surveillance of private property with imaging systems that pick up much more detail than the naked eye.

Fourteen states have enacted legislation that limits how the police can use drones. But, “in the states that don’t require warrants, it’s pretty much a Wild West,” Jay Stanley, senior policy analyst with the ACLU’s Speech, Privacy and Technology Project, told the National Journal.

Drones are increasingly used for surveillance in the United States.

The U.S. Customs and Border Patrol (CBP), which patrols almost half the Mexican border with drones, has loaned its drones to local agencies and other national agencies, according to the Electronic Frontier Foundation (EFF). Drones were used 700 times for domestic surveillance between 2010 and 2012.

Stanley cautions against government use of drones for mass surveillance. In my book“Drones and Targeted Killing: Legal, Moral, and Geopolitical Issues,” he writes:

Stanley warns about discriminatory targeting of people of color, citing the experience in Britain where black people were 1½ to 2½ times more likely to be the subject of surveillance than the percentage of their numbers in the general population would indicate.

Stanley cites the Electronic Frontier Foundation’s revelation of CBP documents that suggest the CBP will use “non-lethal weapons designed to immobilize TOIs [targets of interest].” But, he thinks, “there is good reason to think that, once current controversies subside and the spotlight of public attention shifts elsewhere, we will see a push for drones armed with lethal weapons.”

The private use of drones can also be quite threatening.

Augustine Lehecka was enjoying a San Diego County beach with friends when a drone flew a few feet above them, its four blades whirring, its camera rotating from side to side. Lehecka said, “We had like a peeping Tom. I felt threatened.”

So Lehecka threw his T-shirt at the drone, it hit the propeller and the drone fell to the ground. He was arrested for felony vandalism, and after spending the night in jail and posting $10,000 bail, Lechecka was released without charge. The incident caused a San Diego Union-Tribune columnist to write an article titled “We should pin a medal on that drone downer’s shirt.”

In response to Lehecka’s arrest, the Encinitas City Council is considering local regulation of drones. John Herron, who urged the council to take action, told a San Diego Union-Tribune reporter that his 3½-year-old son had been terrified by a low-flying drone, saying, “Once my son saw the drone, he became visibly scared . . . he told me he wanted to leave the park.”

Children in Yemen and Pakistan are also terrorized by U.S. drones, which hover above their communities for hours at a time, according to the study “Living Under Drones,” published by Stanford and New York University law schools. The constant buzzing of the drone is terrifying. Medea Benjamin spoke to people in Waziristan, Pakistan, many of whom “live in a state of constant fear.” She wrote in “Drones and Targeted Killing,” “Residents I met with said they had a hard time sleeping, that many people suffer from depression and post-traumatic stress disorder, and that there is widespread use of antidepressants and anti-anxiety medication.” She added, “They also reported a spate of suicides, something they said never existed before.”

William Merideth downed a drone with a shotgun, claiming it was flying over his property near Louisville, Ky. He said, “I had no way of knowing [if] it was a predator looking at my children.” Charged with first-degree endangerment and criminal mischief, Merideth was released on $2,500 bond and is due to return to court in September. The operator of the drone was not charged with any offense.

The Federal Aviation Administration issued proposed regulations on drone use earlier this year. Drones would not be allowed to fly over people unless they are directly involved with the flight. The rules would apply to drones that weigh 55 pounds or less. Drone flights could take place only during the daytime. They would be limited to an altitude of 500 feet and speeds of 100 mph. And they could not fly near airports or restricted airspace. The operator would have to maintain eye contact with the drone at all times.

It could take years for these regulations to be implemented. Meanwhile, the FAA has reported 700 near misses between airplanes and drones in U.S. airspace so far this year. Some of the drones have been flying at high altitudes—10,000 feet or more.

In February, the White House began requiring government agencies to inform the public where federal agencies fly drones, how frequently, and what information they secure from drone use.

Two federal bills are pending: in the Senate, The Protecting Individuals From Mass Surveillance Act, and in the House, Preserving American Privacy Act. The Senate bill would require a warrant before federal law enforcement officers could use drones and manned aircraft, but it carves out an exemption within 25 miles of the border, and it wouldn’t bind state or municipal agencies. The House bill would require warrants to conduct state or federal drone surveillance with some exceptions. Evidence obtained in violation of both these bills would be inadmissible in court.

Given the significant invasion of privacy occasioned by the use of drones by law enforcement, warrants should be mandatory before using them for surveillance. And weaponized drones of any sort should be outlawed.

Marjorie Cohn is a professor at Thomas Jefferson School of Law, former president of the National Lawyers Guild, and deputy secretary general of the International Association of Democratic Lawyers. Her latest book is, Drones and Targeted Killing: Legal, Moral, and Geopolitical Issues. Previous books include: Cowboy Republic: Six Ways the Bush Gang Has Defied the Law and co-author of Rules of Disengagement: The Politics and Honor of Military Dissent (with Kathleen Gilberd); and an anthology, The United States and Torture: Interrogation, Incarceration and Abuse.