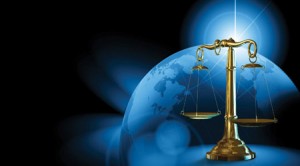 If the US begins an attack without Security Council authorization, it will flout the most fundamental international rule of all — the prohibition on the use of military force for anything but self-defense.

THE world is in a bind. Syria has violated basic norms of international law and humanity by using chemical weapons on its own people. The United Nations, which is supposed to secure international peace, is paralyzed by the intransigence of Russia and China, which hold vetoes on the Security Council.

It is no surprise that both liberal interventionists and neoconservative realists are advocating American military intervention, even if it is illegal. As President Obama said on Saturday, “If we won’t enforce accountability in the face of this heinous act, what does it say about our resolve to stand up to others who flout fundamental international rules?”

But this question ignores the obvious: If the United States begins an attack without Security Council authorization, it will flout the most fundamental international rule of all — the prohibition on the use of military force, for anything but self-defense, in the absence of Security Council approval. This rule may be even more important to the world’s security — and America’s — than the ban on the use of chemical weapons.

Mr. Obama cannot justify an attack on Syria based on any direct threat to the United States. Nor does there appear to be a direct threat to Turkey, a member of NATO, which might justify an assault based on collective self-defense. The sad fact is that Syria’s president, Bashar al-Assad, is visiting horrors, for now, mainly on his own citizens, though the conflict has caused two million refugees to flee to other countries.

Some argue that international law provides for a “responsibility to protect” that allows states to intervene during humanitarian disasters, without Security Council authorization. They point to NATO’s 1999 intervention in Kosovo. But in 2009 the United Nations secretary general, Ban Ki-moon, rejected this view, finding that “the responsibility to protect does not alter, indeed it reinforces, the legal obligations of Member States to refrain from the use of force except in conformity with the Charter,” a position he affirmed on Tuesday. (The Independent International Commission on Kosovo found that the intervention was “illegal but legitimate.”)

Others say it is legalistic, even naïve, to rely on the United Nations Charter, which has been breached countless times. What is one more, especially when the alternative is the slaughter of innocents? But all of these breaches add up — and each one makes it harder to hold others to the rules. If we follow Kosovo and Iraq with Syria, it will be difficult, if not impossible, to stop others from a similar use of force down the line.

Consider the world that preceded the United Nations. The basic rule of that system, one that lasted for centuries, was that states had just cause to go to war when legal rights had been violated. Spain tried to justify its conquest of the Americas by saying it was protecting indigenous civilians from atrocities committed by other indigenous peoples. The War of the Austrian Succession was fought over whether a woman had a right to inherit the throne. The United States largely justified the Mexican-American War, including the conquest of California and much of what is now the Southwest, by pointing to Mexico’s failure to pay old tort claims and outstanding debts.

The problem with the old system was not that no one could enforce the law, but that too many who wished to do so could. The result was almost constant war.

In the Kellogg-Briand Pact of 1928 and in the United Nations Charter of 1945, the world rejected this system. States were forbidden to enforce the law on their own and had to work through a system of collective security.

For all its obvious failings, the United Nations system has made for a more peaceful world than the one that preceded it. No leader may claim the right to collect debts or gain thrones by going to war. States may fracture into smaller pieces, but they don’t get conquered. Gunboat diplomacy is also out of the question.

The desire to respond to the atrocities in Syria with force is natural. The slaughter of civilians is impossible to watch without feeling morally impelled to act. The dysfunctional Security Council’s refusal to act leaves us feeling helpless in the face of evil.

But the choice between military force or nothing is a false one. Most of international law relies not on force for its enforcement, but on the collective power of nations to deprive states of the benefits of membership in a system of states. Mr. Obama can cut off any remaining government contracts with foreign companies that do business with Mr. Assad’s regime. He can work with Congress to do much more for Syrian rebels and refugees — including providing antidotes to nerve agents, which are in short supply. He can use his rhetorical power to shame and pressure Russia and China.

For all their wisdom, the United Nations’ founders showed incredible lack of foresight in freezing in place a system in which five nations hold permanent veto power in the Security Council. Unfortunately, that’s unlikely to change, despite almost uniform consensus that the configuration makes little sense. The question is whether we can manage to live with these shortcomings. If not, we have to think very hard about what the alternative might be — and recognize that it could be far, far worse.

The question Congress and Mr. Obama must ask now is whether employing force to punish Mr. Assad’s use of chemical weapons is worth endangering the fragile international order that is World War II’s most significant legacy.

Oona A. Hathaway and Scott J. Shapiro are professors at Yale Law School.