Oh, Florida, You Really Are the “Worst State”

In case you’ve been in a cave or on Mars, here’s the update: In response to the acquittal of George Zimmerman for the murder of Trayvon Martin, The Daily Show host John Oliver dubbed Florida “the worst state,” citing the state’s broken laws. As a Floridian for eight years, I say Oliver couldn’t be more right. Much attention has been paid to the state’s asinine Stand Your Ground law, which Oliver described as cut and pasted from 1880s Tombstone. That is just the start of it, however. Below is a small snippet of some of the backwards laws or policies that have been passed, largely under uber-Conservative Governor Rick Scott. 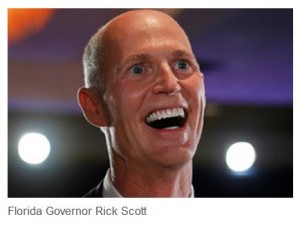 Almost immediately upon taking office, Governor Scott passed a law requiring recipients of welfare benefits to pass a drug test. A federal court overturned the law, noting that the state had not proven that those receiving Temporary Assistance to Needy Families (TANF) were any more likely to use drugs than the general population. In fact, before the courts shut down this large-scale gathering of Floridian’s urine, only 108 people had negative tests. This was only 2.6% of the persons who were tested. The state had to pay more than $100,000 to persons who passed the pee tests. Clearly the program was not cost-effective.

Equally problematic is the fact that the law targeted the poor, not the many corporations like Wal-Mart or Kel Tec CNC, which manufactures the gun used to kill Trayvon Martin. Kel Tec CNC receives millions in tax incentives to locate in the state. This corporate welfare is widespread in Florida, a state that in 2012 had to cut $1.8 million for school safety initiatives and $5.7 million for mental health programs, a state that has the highest long-term unemployment and foreclosure rates in the nation.

Another Rick Scott loser is the law that has come to be known as “Docs v. Glocks.” This gem prohibits doctors from asking their patients about guns in their homes. While clearly it is essential that gun owners store their weapons safely, the NRA-backed legislation would make asking this standard risk-assessment question a misdemeanor, subject to a $10,000 fine and even potentially the loss of medical licensure. A U.S. District Court ruled that the law was an unconstitutional restriction on doctor’s right to free speech.

And, while Governor Scott was a Tea Party darling for his repeated pronouncements about “limited government,” it is clear that these two laws are anything but that. Instead, Scott seems to feel that it is all fine and dandy if the government gets into our bodily fluids or our medical consultations.

The list of Governor Scott-isms could go on and on. Suffice it to say that John Oliver has it right: “Just because you’re shaped like some combination of a gun and a dick doesn’t mean you have to act that way.” Indeed.

Laura Finley as Assistant Professor of Sociology and Criminology at Barry University in Miami Shores, Florida. She is syndicated byPeaceVoice. Laura is a member of Amnesty International USA’s Board of Directors.