Obama’s NSA Speech
What He Said, What He Didn’t Say & What He Should Have Said 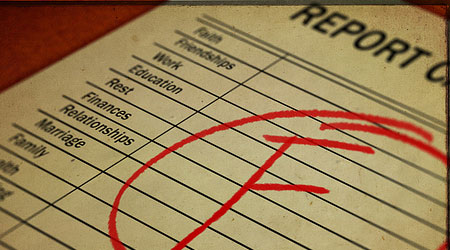 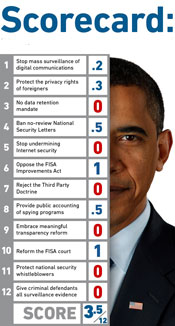 It has been six months since Edward Snowden ignited a fierce international debate over the scope and nature of the National Security Agency’s massive electronic eavesdropping programs. The debate has been especially heated in the US, where citizens and residents learned that the data from practically every telephone call is being intercepted and stored by the NSA.

The public outcry was great enough to force President Obama to address the controversy in a much-touted policy speech on January 17. In this month’s forum, we’ll examine Obama’s response in detail.

“The President took several steps toward reforming NSA surveillance, but there’s still a long way to go. Now it’s up to the courts, Congress, and the public to ensure that real reform happens.”
Statement from the Electronic Frontier Foundation (EFF)

We’ll also take a close look at the positions staked out by California’s Senator Dianne Feinstein, who chairs the Senate Intelligence Committee and who has been a staunch defender of the NSA’s programs, much to the chagrin of vast numbers of her constituents.

Finally, we’ll learn what is happening in various courtrooms around the country as different civil liberties groups try to challenge government spying through lawsuits.

Helping us to learn the ins and outs of the rapidly changing national security structures will be Hanni Fakhoury, staff attorney with EFF, one of the most effective of the groups actively organizing public – and legal – challenges to the programs revealed by Edward Snowden.

Fakhoury focuses on criminal law, privacy and free speech litigation and advocacy. He’s written numerous amicus briefs in state and federal courts and his writings have been published in the New York Times, Wired, Slate and JURIST. In addition, Hanni has testified before the California state legislature on proposed electronic privacy legislation and has spoken at numerous legal seminars and conferences on electronic privacy issues in criminal law.

Before joining EFF, Hanni worked as a federal public defender in San Diego where he tried numerous jury and bench trials and argued and won multiple times before the Ninth Circuit Court of Appeals.

Be a part of the studio audience!

Join us for this live TV broadcast and take part in the studio. We devote a substantial portion of every forum to dialoge with our audience members. So come with your questions and comments and be a part of it! It’s free and wheelchair accessible.

Tune in live on TV or online!

OTHER VOICES TV can be seen live on Mid-Peninsula cable TV channel 27 or online at the Community Media Center website (select channel 27).