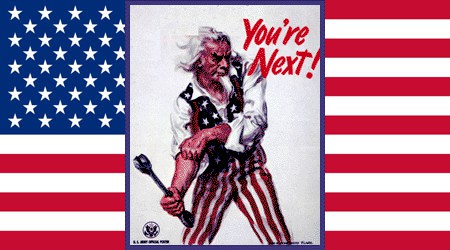 China wasn’t available to open up to, because Richard Nixon already did that over four decades ago, in a process that was completed when full diplomatic relations were established with the People’s Republic during Jimmy Carter’s presidency. Neither was the old enemy Vietnam available, given that full and even cordial relations with Hanoi came about through diplomacy during the administrations of Ronald Reagan, George H.W. Bush, and Bill Clinton.

And Cuba pales in importance, of course, compared with China in particular. But President Obama’s move toward a more normal relationship with Cuba is a significant blow in favor of good sense, reality as well as realism, and rational pursuit of U.S. interests.

Having a normal relationship with the Caribbean nation is significant and newsworthy, and this week’s step is a major accomplishment for Mr. Obama, only because of the major tendency in American politics — readily evident in the Congress and responsible for much that has been misguided in U.S. foreign policy — that sees foreign policy not as the calculated pursuit of national interests but instead as a series of postures in which we pronounce on what we like and what we don’t like.

The postures do not have to be consistent in what standards are applied to different countries, and there need not be more than the slightest pretense that our posture will make what we don’t like any better. Much of this tendency is a reflection of domestic politics and the influence of particularly vocal constituencies. But for the politicians who exhibit it, there often seems to be something more emotional and reflexive that takes hold of them, beyond a careful counting of votes.

Cuba has long been one of the prime targets for this kind of reflexive and unproductive animosity among American politicians. Iran has been another major target in recent years. And there are worthwhile comparisons to be made between such cases; just as ostracism and rejection of the normal give-and-take of diplomacy has been utterly unproductive in the case of Cuba, so too has been the case with Iran, with positive results having been obtained only when real diplomacy began under the current U.S. administration.

There has been some similar atavistic animosity, harking back to the Cold War, in attitudes toward Russia since the Ukraine crisis heated up this year, but at least in that case — amid a more dynamic situation and a crisis in the oil-driven Russian economy — there is a genuine basis for talking about possible prospects for sanctions helping to achieve some worthwhile changes.

What most distinguishes the case of Cuba is the sheer length of time during which the futile posture of attempted isolation and embargo has been sustained. We long, long ago passed the point where we can say with finality and high confidence that the policy does not work.

It is hard to come up with a better example of how the longevity of futility has made such a conclusive case that a course of action is an unmitigated failure. Even if there were no basis for expecting that a different course would yield improvement — in fact, there is considerable basis for expecting it would, along lines the president mentioned in his statement — it would make sense to try a different course even just on the off-chance it would get some results.

Against this background, some of the quick criticism of the President’s action is astounding. Thelead editorial in the Washington Post closes by saying that the action gives the Cuban regime — a regime that has lasted more than half a century and has demonstrated its ability to endure the end of the Cold War and loss of its Soviet patron, the debility and resignation of its founder, and many other challenges — a “new lease on life.” It is hard to believe that whoever on the Post‘s editorial staff wrote that sentence did so with a straight face.

Or take the statement of former Florida governor and current presidential hopeful Jeb Bush that Mr. Obama’s actions “undermine America’s credibility.” Credibility with respect to what, exactly? The President is making good on his earlier statements and campaign promises on the subject. The most serious lack of credibility involved is what has inhered in the inconsistencies involved in the policy of isolation and punishment.

This has been conspicuously true of keeping Cuba on the official U.S. list of state sponsors of terrorism, even though the Cuban regime hasn’t come close to sponsoring international terrorism for many years. The people at the State Department who have the job of preparing the annual country reports on terrorism have to say something to try to justify the continued listing of Cuba, and so they mention — and they must also have trouble keeping a straight face as they write — that a few retirees from the Basque group ETA and the Colombian group known as the FARC have lived in Cuba.

Half of the very short write-up on Cuba is about how the Cuban government has worked in cooperation with the government of Colombia to facilitate the latter government’s peace negotiations with the FARC. That’s not sponsoring terrorism; that’s helping to reduce it. Given how much the United States government talks about states sponsoring terrorism, it is a credibility-destroying joke to have Cuba still on the U.S. list on the subject.

Most of the other instant critics have been just stumbling for words, bereft of any real arguments. As Robert Golan-Vilella points out, Senators John McCain and Lindsay Graham were reduced to reciting anti-Obama buzzwords with no reference at all to Cuba. Sen. Marco Rubio was reduced to emotional blithering.

Rubio and other habitual critics no doubt were thrown off-balance by the President acting decisively with real effect, carrying through on earlier statements and commitments — and in a direction welcomed by the U.S. Chamber of Commerce — which runs counter to the anti-Obama script that depicts the President as weak, indecisive and reactive. That and the usual reflexive response of opposing anything that would count as an achievement for Mr. Obama underlay Rubio’s threats to try to use any Congressional tools available to kill the move to full diplomatic relations.

If Congress in the next session does that, and if it sustains the embargo that gets condemned annually at the United Nations by votes of laughingstock proportions, we ought to think about (although it probably is too much to expect those who sustain such policies to think about it) how the rest of the world is going to interpret that.

A common pattern in much of the world with respect to many different issues is to like and admire America but to dislike U.S. policies. But now we would have a policy from the White House that has received universal praise from abroad for a long-overdue step, but which might get stymied by the U.S. Congress.

Foreigners will be left to wonder what it is about the United States that lets some Little Havana small-mindedness take over U.S. foreign policy to the extent of persisting in a half-century of failure.

Paul R. Pillar, in his 28 years at the Central Intelligence Agency, rose to be one of the agency’s top analysts. He is now a visiting professor at Georgetown University for security studies. (This article first appeared as a blog post at The National Interest’s Web site. Reprinted at Consortium News with author’s permission.)