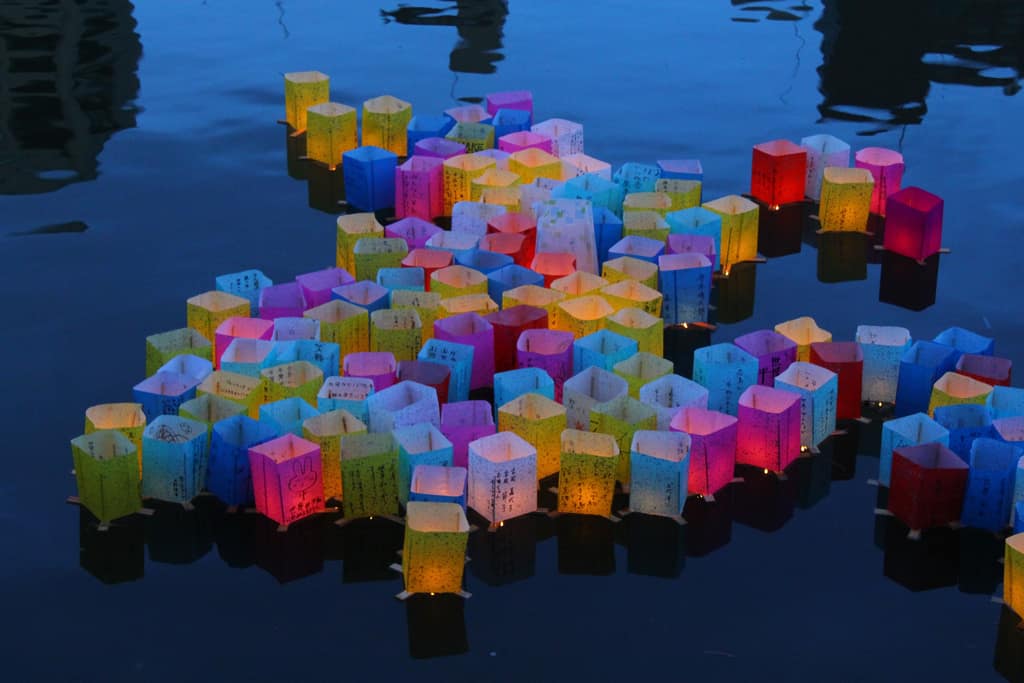 The White House announced this week that President Barack Obama will visit Hiroshima, the site of the world’s first atomic-bomb attack. He will be the first sitting president to go there, and only the second president ever, after former President Jimmy Carter visited in 1984. Obama’s pilgrimage to Hiroshima, where 140,000 people were killed and another 100,000 seriously injured on Aug. 6, 1945, will not be accompanied by a formal apology. White House press secretary Josh Earnest said the trip was to highlight Obama’s “continued commitment to pursuing the peace and security of a world without nuclear weapons.” Yet the Obama administration also recently revealed its 30-year, $1 trillion plan to modernize the entire U.S. nuclear arsenal.

With each passing year, fewer and fewer survivors of the horrific attacks on Hiroshima and Nagasaki remain to provide eyewitness accounts. These survivors are referred to with great respect in Japan as “hibakusha.” In 2014, we were given a tour of the Hiroshima Peace Memorial Park by a hibakusha, Koji Hosokawa. He was 17 in 1945. His sister was 13.  “My biggest sorrow in my life is about my younger sister, who died in the atomic bomb,” he said.

While in Japan, we also went to Tokyo to speak with the world-renowned writer Kenzaburo Oe in his publisher’s office. He won the 1994 Nobel Prize for literature. We asked him if President Obama should apologize for the two atomic bombings: “I am not seeking an apology, whether from the president or from any kind of person, in regards to this issue,” he told us. “I believe the fact that humanity did create these nuclear weapons is a crime that all of humanity is responsible for. And I believe this is an issue of a much greater scale than any individual politician could make an apology for.” Oe, 81, is not a hibakusha, but is a survivor of World War II, and the experience as a child deeply impacted him.

As if anticipating the criticism that Obama is now receiving, accused of mounting an “apology tour,” Kenzaburo Oe said in 2014: “I believe that if Mr. Obama were to come to the memorial ceremonies in Hiroshima or Nagasaki, for example, what he could do is come together with the hibakusha, the survivors, and share that moment of silence, and also express considering the issue of nuclear weapons from the perspective of all humanity and how important nuclear abolition is. [This,] I think, would be the most important thing that any politician or representative could do at this time.”

Since those two devastating bombings in 1945, on Aug. 6 in Hiroshima and Aug. 9 in Nagasaki, there have thankfully been no more military attacks with nuclear weapons. The U.S. and the Soviet Union came close, and nuclear warheads remain armed and aimed in both the U.S. and Russian arsenals. Kevin Martin of Peace Action, responding to the news of Obama’s planned trip to Hiroshima, also places little importance on an apology. Instead, he offers this brief list of to-do items for the president:

“Taking our nuclear weapons off of hair-trigger alert, separating the warheads from their delivery systems, initiating negotiations for the elimination of nuclear weapons globally, initiating talks on a Middle East zone free of weapons of mass destruction. … But even the current deployed nuclear weapons, we could go down to a thousand or fewer, as the Pentagon has suggested in the past. Those are just some of the steps that would be meaningful and worth a trip to Hiroshima.”

The Hiroshima Peace Memorial Park is a beautiful, haunting place. The most iconic landmark is the “A-bomb dome,” atop a large building that was not completely destroyed. As we left the memorial, Koji Hosokawa told us to stop. He looked us in the eye and told us not to forget the victims: “People lived here. They lived here.” President Obama should meet Koji Hosokawa and other hibakusha, and hear their stories.

Amy Goodman is the host of “Democracy Now!,” a daily international TV/radio news hour airing on more than 1,400 stations. She is the co-author, with Denis Moynihan and David Goodman, of the newly published New York Times best-seller “Democracy Now!: 20 Years Covering the Movements Changing America.” They are currently on a 100-city U.S. tour.