Obama Does Have a Strategy in Iraq: Escalation 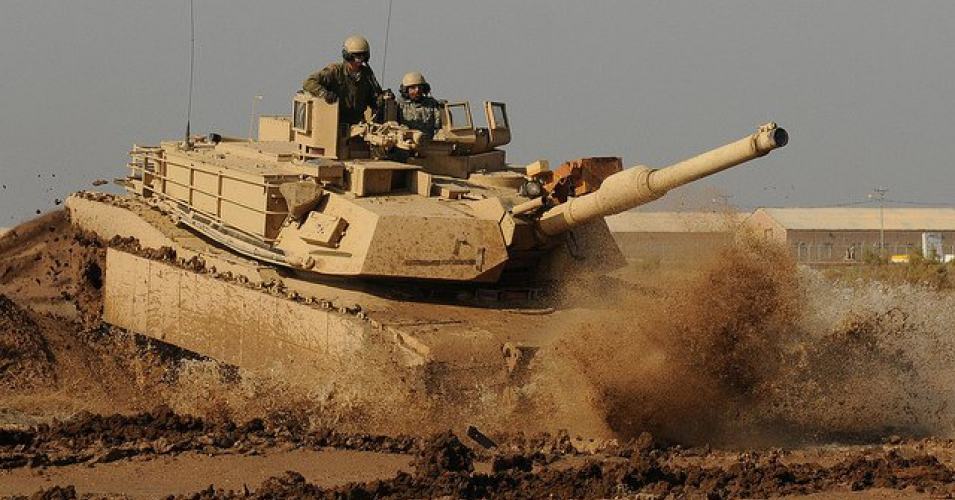 Almost nine months after President Obama admitted that “we don’t have a strategy yet” to challenge the Islamic State — and just days after he said he still has “no complete Iraq strategy” — the non-strategy suddenly has a name: escalation.

According to reports in the New York Times and the Wall Street Journal, the Obama administration is poised to send 400 to 500 additional troops to Iraq immediately, and to build a new U.S. military base in restive Anbar province to house them — and potentially many more.

These troops would not be limited to the officially narrow training mission of the 3,100 U.S. troops already on the ground in Iraq. They would still be considered trainers and advisers, but their mission, according to the Times, would be “to help Iraqi forces retake the city of Ramadi and repel the Islamic State.”

The escalation isn’t exactly the massive deployment of ground troops called for by some hawks in Congress and by neo-conservative commentators, who continue to blame the rise of the Islamic State on Obama’s earlier withdrawal of U.S. troops from Iraq — rather than on George W. Bush’s initial invasion and occupation of the country, which actually led to the creation of the group in 2004.

But the Journal still recognized that “the new plan is a marked if modest expansion of the U.S. military role in Iraq. It would expose American forces to greater risk of being drawn into direct combat with Islamic State forces that already control territory around likely sites for a planned U.S. training base.”

A Series of Setbacks

The official reason is linked to the Islamic State’s recent seizure of Ramadi, the capital of Anbar province and a key city only 70 or so miles from Baghdad. (As Business Insider so nicely put it, Ramadi is closer to Baghdad than New York is to East Hampton.)

Obama and other top U.S. officials initially attempted to downplay the significance of Ramadi, describing the inability of the Iraqi military to defend it as simply a “tactical retreat.” But there’s no question that the loss of the city, followed quickly by the Islamic State’s seizure of the strategic Syrian city and ancient ruins of Palmyra, reflected a serious consolidation of the group’s military power.

Since then it’s been a rough few weeks for Obama’s war on ISIS.

On June 2, news broke that the Iraq military had managed to lose 2,300 armored Humvees, at least 40 M1A1 tanks, 74,000 machine guns, and 52 or more howitzers, mainly to the Islamic State. Weapons were abandoned by fleeing troops, captured on the battlefield, and in some cases likely sold to ISIS and other militias. In a Reuters article caustically titled “Dude, Where’s My Humvee?” Iraqi Prime Minister Haider al-Abadi admitted blithely, “we lost a lot of weapons.”

The Reuters writers were equally direct: “The United States is effectively supplying the Islamic State with tools of war the militant group cannot otherwise hope to acquire from its patrons.”

Despite the bluster of hawks who crave a deeper war in Iraq and Syria, it isn’t true that Obama has no strategy against the Islamic State. There is a strategy — but it’s wrong, and it’s losing.

The Obama administration has so far been unable or unwilling to act on its own oft-repeated understanding that “there is no military solution” to the so-called ISIS crisis. Instead, the U.S. strategy has relied almost solely on military action, with little or no investment in the funds, personnel, or political capital to wage the kind of powerful diplomacy that’s so desperately needed. If anything, the ongoing air war — and the flooding of the region with arms — is making a diplomatic resolution less likely.

As the war escalates, Congress is largely sitting on the sidelines.

A new measure sponsored by Connecticut Senator Chris Murphy calls for a prohibition on ground troops being sent to Iraq or Syria. But while symbolically important, it would have a very limited impact on the ground, particularly since — on paper at least — Obama has already staked out a similar position. Murphy has made clear that his real goal is to limit potential troop escalations by a post-2016 Republican president.

For now, the latest escalation — like those before it — is taking place without any congressional authorization, indeed without even any discussion or debate.

And it could get a lot worse before anything gets any better.

Martin Dempsey, the Pentagon’s top general, is retiring soon. He will be replaced by Marine General Joseph Dunford, who commanded U.S. troops in Afghanistan and is credited with persuading Obama to slow down the U.S. withdrawal from the country. His appointment as Chairman of the Joint Chiefs of Staff may signal a broader new commitment to escalating Obama’s global war on terror.

That would mean repeating many of the same mistakes we’ve already made.

Bookmakers haven’t yet announced their predictions for how long it will be before those rockets end up in the Islamic State’s hands as well. But at the current rate of escalation, they won’t be the last things to blow up.

Phyllis Bennis directs the New Internationalism Project at the Institute for Policy Studies.  Her books include Understanding the Palestinian-Israeli Conflict: A Primer,Understanding the U.S.-Iran Crisis: A Primer, Ending the Iraq War: A Primer, and most recently Ending the Us War in Afghanistan: A Primer. If you want to receive her talking points and articles on a regular basis, click here and choose “New Internationalism.” You can find her on Facebook here: http://www.facebook.com/PhyllisBennis