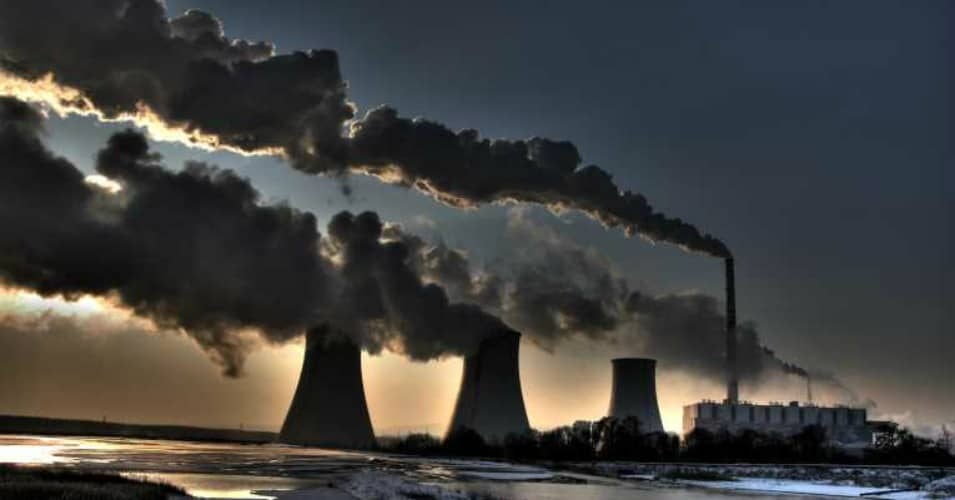 The good news is that US President Barack Obama and Chinese President Xi Linping have reached an agreement on limiting carbon emissions in their two countries.

The US just agreed to reduce carbon emissions to as much as 28% below 2005 levels by 2025. But US emissions increased from 5 bn tons a year in 1990 to 6 bn in 2005, an increase of 20 percent. So the US is still only committed to being slightly below 1990 levels by 2025. In other words, it will go on spewing an average of 5 bn metric tons a year into the atmosphere, the equivalent of tacking a dump in your kitchen sink, for over a decade into the future, getting down to like 4.5 billion metric tons in a decade. This is as close to doing nothing about the crisis as you could get. It is twice as ambitious a goal as the previous one in the US, but this is a country of oilmen and climate change denialists who really do want to increase emissions.

That US emissions have fallen back to 1996 levels is better than nothing, but that we never reduced from 1990 levels and have gone on putting 5 and 6 billion metric tons of CO2 in the atmosphere for the last quarter century — even though all non-morons knew we were endangering the planet thereby — is a scandal comparable to the US commitment to slavery for its first decades.

The US output is much greater per person than China (every American emits on average 16 metric tons of CO2 every year), but these two countries are the biggest emitters. Neither country is willing to risk an economic slowdown by launching the kind of emergency shift to renewables that is needed to avert potential climate disruption. (In fact, studies show that turning to renewables won’t cause a slowdown but will rather add to economic growth; sun and wind as fuel are free).

Neither country has been willing to do all that much at all to reduce emissions. US emissions went up last year and are only slightly down from the highs of the zeroes, mainly because of the rise of wind power in Iowa, Texas, etc., switching a bit from coal to natural gas, and the economic turn down of 2009 and after. Less that one percent of US electricity generation is from solar, despite the country having enormous solar potential in the South and Southwest and despite the availability of large open spaces on which to mount the panels.

The world will likely put out 40 bn metric tons of carbon dioxide in 2014, up from the 36 bn tons common only a few years ago. We’re going in the wrong direction and have been for a very long time. If another 1.2 trillion metric tons goes into the atmosphere, we’re locked into a roughly 4 degrees Fahrenheit increase. All we have to do is 40 bn tons for 30 years to ensure that, and likely soon we’ll be doing much more than 40 annually, so the cutoff will come much earlier than 30 years, maybe even 15. That would be around the time China thinks it might be able to arrange to start reducing its annual emissions.

Although China on the surface might seem to have advantages in moving to renewables, what with an authoritarian central government that can do as it pleases, in fact authoritarian governments also have constituencies. One of China’s is the coal workers and coal company bureaucracy, just like in capitalist Poland or West Virginia.

The tools Obama and Xi announced to get to their limp goals are also unimpressive. Research on carbon capture and sequestration, which is actually dangerous. What if the sequestered carbon leaks? Remember that Cameroon lake? This is just a sop to the coal industry. And research and green trade, which don’t amount to a serious commitment.

It is a sad commentary that this agreement is actually an improvement on previous goals of the two countries. And it is better to have an agreement with firm dates and targets than to have the two carbon monsters take turns hiding behind each other at climate talks. But this agreement isn’t a commitment to reduce carbon emissions on a timescale appropriate to the magnitude of the crisis. It mostly kicks the ball down the road.

The main hope for the world now is that solar panel efficiencies and costs, and battery efficiencies and costs, will fall fast enough to make the governments and their fossil constituencies irrelevant. That is, if solar panels become like iPhones, such that hundreds of millions of people suddenly want and acquire them, then there will be genuine CO2 emissions reductions. That is, if you get this kind of adoption, curve, then there is hope: 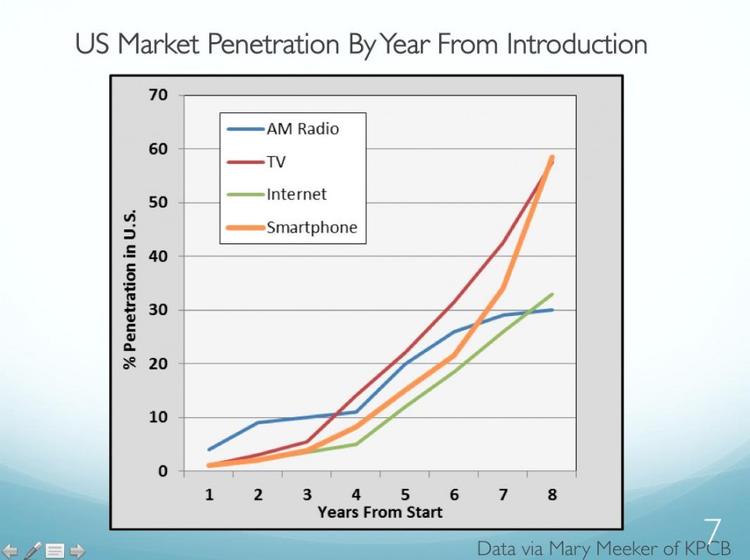 In my view, given the kind of research and development being done on photovoltaics and on batteries, this kind of adoption curve for solar panels could well occur starting in only a few years. Once the panels become must-haves, they can spread to millions of households very quickly.

My household has reduced its carbon emissions by several tons this year, between putting solar panels on the house and driving a Volt. If every American cut back 5 tons this year, that would be a reduction of 1.5 billion metric tons, taking us near Obama’s 2025 target ten years early. This reduction is technologically feasible and can be accomplished in ways that actually save a household money over a decade. I would argue that the main obstacle is lack of financing. Obama might want to think about low-interest instruments.

Governments have already proved themselves almost useless in this crisis with a few exceptions (Germany, Scotland and Ethiopia are among the virtuous ones). Much-vaunted corporate capitalism has shown itself sclerotic, leaden, slow and obstructionist rather than agile and efficient — with the exception of some green start-ups.

So if we’re to dodge this bullet it will have to be done from the lab on the one hand and grassroots consumers on the other.

In the meantime, churches, schools and universities ought to be getting their energy from wind turbines or solar panels or both, not coal. They would save money over time and teach congregations and students valuable moral lessons about being good stewards of this beautiful, unique planet.

Juan Cole teaches Middle Eastern and South Asian history at the University of Michigan. His new book, The New Arabs: How the Millennial Generation Is Changing the Middle East (Simon and Schuster), will officially be published July 1st. He is also the author of Engaging the Muslim World andNapoleon’s Egypt: Invading the Middle East (both Palgrave Macmillan). He has appeared widely on television, radio and on op-ed pages as a commentator on Middle East affairs, and has a regular column at Salon.com. He has written, edited, or translated 14 books and has authored 60 journal articles. His weblog on the contemporary Middle East is Informed Comment.