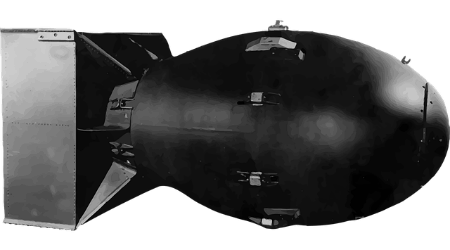 As Trump faces down North Korea, it’s alarming to think that most of the world’s nuclear warheads are now in the hands of men who are prepared to use them

Paul Mason, The Guardian: Nuclear war has become thinkable again – we need a reminder of what it means

I don’t wish to alarm you, but right now the majority of the world’s nuclear warheads are in the hands of men for whom the idea of using them is becoming thinkable.

For Kim Jong-un, it’s thinkable; for Vladimir Putin, it’s so thinkable that every major Russian wargame ends with a “nuclear de-escalation” phase: that is, drop one and offer peace. On 22 December last year, Trump and Putin announced, almost simultaneously, that they were going to expand their nuclear arsenals and update the technology.

Tom Toles, The Washington Post: Americans still don’t understand what ‘risk’ means, and they are proving it again with President Trump

Already you can read apologies from pundits saying that President Trump’s very instability could pay dividends by scaring adversaries. And what is wrong with that, you ask? Here’s what: It’s once again sleight-of-handing the “risk” part of this bargain out of the equation. Yes, you may get a higher yield, sometimes, but you also may get a fireball of disaster.

Each year Physicians for Social Responsibility Los Angeles calculates how much money the United States spends on nuclear weapons programs for the current tax year. The Nuclear Weapons Community Costs Project has identified that for tax year 2016 the United States spent $57.6 billion on nuclear weapons programs. California contributed more than $7 billion to this amount.