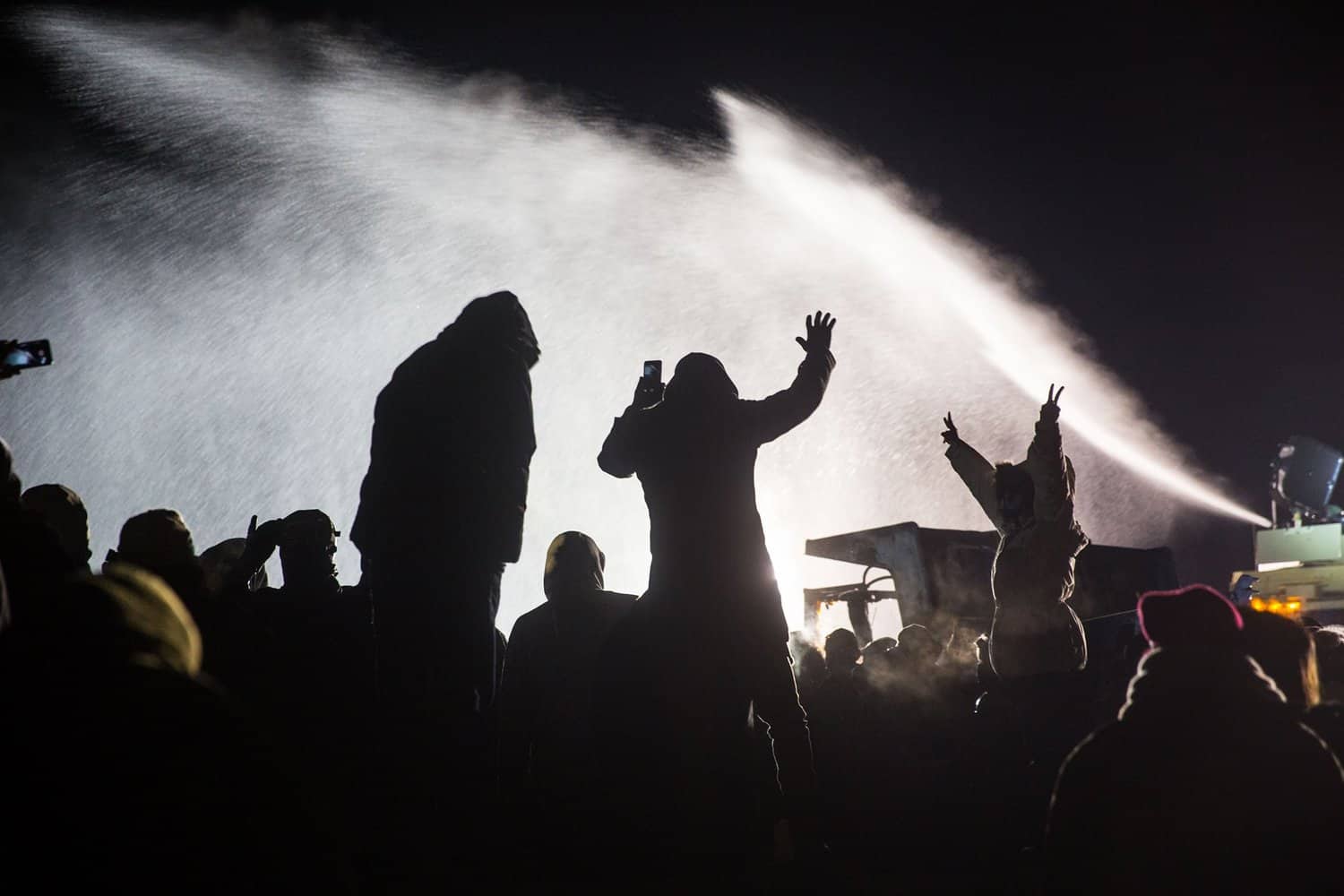 The New York Times (11/21/16) gets a failing grade for its headline over a report on escalating police violence against Native American activists and others defending the Missouri River against the Dakota Access Pipeline:

Sorry, New York Times–when more than 470 people have been arrested opposing the pipeline since August, that’s not the news. Nor did the print edition headline—“16 Arrested at North Dakota Pipeline Protest as Tensions Continue”—add anything.

No, the news in the story came in the second paragraph, where reporter Jonah Engel Bromwich wrote that “officials also defended their use of fire hoses against protesters the night before, despite the below-freezing weather.”

Perhaps Times editors thought that wasn’t news, because police use of “water cannons” against demonstrators was mentioned in an AP report that ran on the Times website the day before (11/20/16) under the anodyne headline “Police, Protesters Face Off at Dakota Access Pipeline.” If that was the case, editors could have found more pressing information than the arrest count in the eighth paragraph of the latest story:

Dallas Goldtooth, a spokesman for the Indigenous Environmental Network, said in a phone interview on Monday that the Oceti Sakowin medical team, which had been working in tandem with medics from the Standing Rock Sioux tribe, had reported that nearly 200 people were injured and 12 people were hospitalized for head injuries. One protester went into cardiac arrest and was revived by the medic team, he said.

NPR’s website (11/21/16) likewise reported the story of police violence leading to widespread injuries under an innocuous headline: “Police, Protesters Clash Near Dakota Access Pipeline Route,” as did ABC News (11/21/16) with its “Hundreds of Dakota Access Protesters Clash With Police.” This “clash” framing—also utilized in headlines on CBS (11/20/16) and CNN (11/20/16)—implies a parity between police in military vehicles, employing water cannon, tear gas, pepper spray, rubber-coated bullets and concussion grenades (one of which may have cost an activist her arm), on the one hand, and basically unarmed civilians on the other. (Police say one officer was hit in the head by a thrown rock.)

One almost gets the sense that editors writing headlines like these have enlisted themselves on the sheriff’s team, waving spectators away with a “nothing to see here, folks.”

The Washington Post (11/21/16) got the news into the headline, but framed it from a police perspective: “Police Defend Use of Water Cannons on Dakota Access Protesters in Freezing Weather.”

Some headlines did a better job of focusing on what was actually new  while conveying a sense of the shocking violence employed by militarized police against people defending their water supply: