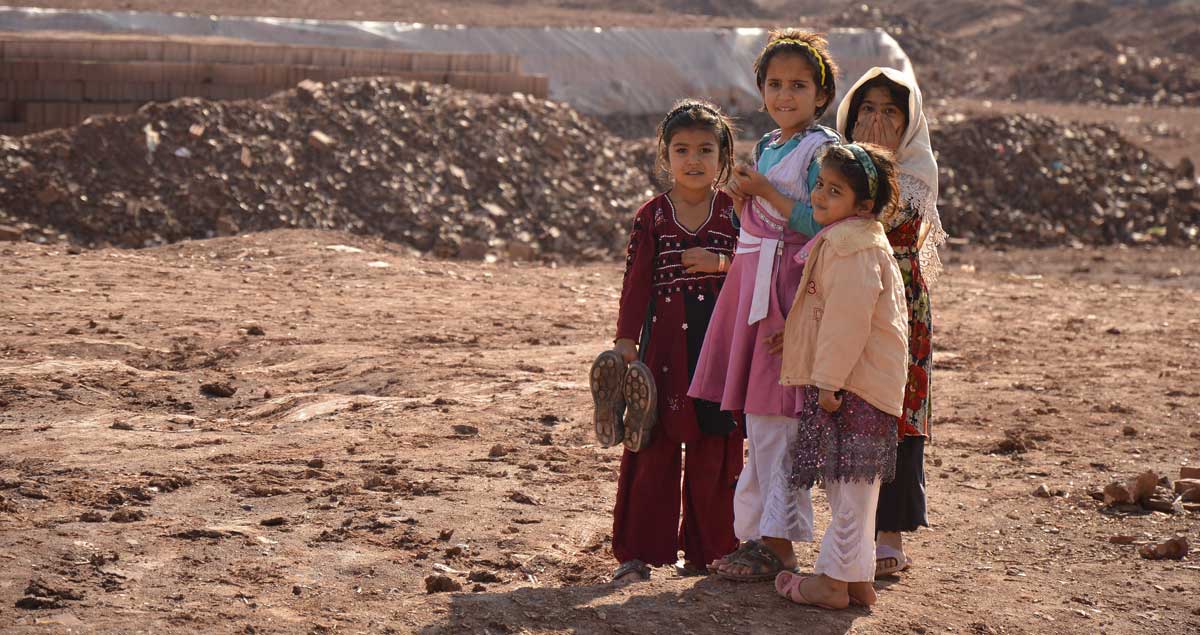 Despite the outpouring of international sympathy for Afghans who fled their country after the Taliban takeover last month, it’s by no means certain this will translate into receiving the refuge they are entitled to under international law.

In the United States, where tens of thousands of Afghans are expected to be resettled, some of the more ambitious and Trumpian members of the Republican Party are using the new refugees as a political weapon to fight culture wars ahead of the 2022 midterm elections.

Some Middle Eastern countries, including the UAE and Bahrain have indicated they intend to be only temporary hosts to the Afghans.

Afghanistan’s six immediate neighbours – Pakistan, Tajikistan, Iran, Turkmenistan, Uzbekistan and China, in declining order of the length of their shared border with Afghanistan – have also not been especially welcoming.

Is this about compassion fatigue or is there a need for a recalibration of attitudes towards refugees and the discourse around them?

In her 2018 book ‘Placeless People: Writing, Rights and Refugees’, British professor Lyndsey Stonebridge argues for a return to the moment when the meanings of exile  – refugeehood and statelessness  –  changed from heroic to threatening; when refugeehood went from an imperative to act and instead became an imposition to be fended off.

Pakistan, which shares Afghanistan’s longest border – the 1,510-mile Durand Line – has expressed ambivalence about taking in Afghan refugees. Despite hosting nearly three million Afghans, of whom 1.4 million are registered and many arrived in Pakistan after the 1979 Soviet invasion, Islamabad has not offered an official welcome. And despite eyewitness accounts that a steady stream of people was travelling from newly Taliban-controlled Afghanistan to Pakistan through the Spin Boldak-Chaman official border crossing, Pakistan’s interior minister has insisted they weren’t refugees but “4,000 Afghans… with valid travel documents”.

Another clear sign of Pakistan’s misgivings about Afghan refugees, was Prime Minister Imran Khan’s call in early July to Iran’s then president-elect, Ebrahim Raisi. Khan raised the “serious repercussions” of an influx for both their countries. An unnamed senior Pakistani government official subsequently confirmed that both Khan and Raisi planned to work on the “Iranian model” of dealing with Afghan refugees.

The “Iranian model” is a reference to Tehran’s strategy of providing temporary refuge to Afghans in camps in three provinces – Razavi Khorasan, South Khorasan and Sistan-Baluchestan – along Iran’s eastern border with Afghanistan.

This is significant because even before the latest exodus from Afghanistan, the UN Refugee Agency said that 90% of the nearly five million Afghans displaced outside their country are hosted by Pakistan and Iran.

Iran, which has a 560-mile border with Afghanistan and already hosts 3.5 million Afghan refugees – nearly two million of them undocumented – has been almost as leery as Pakistan of new refugees. According to reports, its state-run Islamic Republic News Agency quoted Hossein Ghassemi, responsible for border affairs at the Interior Ministry, on Iran’s expectations of recent Afghan refugees. They must, Ghassemi said, “return [home] when the situation improves”. A 21 August field report from the border region by Iran’s humanitarian Red Crescent NGO, said it had prepared tents, food and emergency healthcare for several thousand refugees and that Iran’s interior ministry and border guards were detaining and busing them back across the border to Afghanistan within hours of their arrival.

Tajikistan, whose 810-mile border with Afghanistan runs through largely difficult terrain, has offered to accept up to 100,000 Afghan refugees, though there is no clarity on the process or whether it’s even under way. But in mid-July, the outlook was bleak. Radio Free Europe reported that nearly 350 ethnic Kyrgyz shepherds and their families had been sent back to their village in Badakhshan province, Afghanistan.

Turkmenistan, which has a 462-mile border with Afghanistan, allowed its airspace to be used for the evacuation flights, but made no commitment to take in refugees.

Uzbekistan, too, said it would help transfer Afghan refugees to third countries but host them only temporarily.

China, whose border with Afghanistan is a short, narrow panhandle, has made no conspicuous offers of help to refugees. Analysts such as the Wilson Center’s Bradley Jardine, who has studied China’s economic and political presence in Central Asia, say that Afghanistan’s 2,000-strong Uighur minority could be “scapegoated” in exchange for technology, infrastructure and legitimacy for the new Taliban regime.

President Recep Tayyip Erdoğan of Turkey, which has enhanced border fortifications in recent months, has said he feels no obligation to be “Europe’s refugee warehouse”.

Officials in Greece, which has extended its border wall with Turkey, insist there will be no repetition of 2015, when hundreds of thousands of migrants reached Greek islands by boat from Turkey.

As German Chancellor Angela Merkel prepares to step down, attention focuses on the stance of Armin Laschet, her centre-right bloc’s chosen successor for the 26 September federal election. Laschet has categorically said there should be “no repeat” of 2015, when Germany opened its doors to nearly a million refugees, mainly from Syria, Iraq and Afghanistan. And Germany’s far-right Alternative for Germany (AfD) party has warned against a “new refugee wave”.

France’s President Emmanuel Macron has pledged to try and secure the departure from Afghanistan of several thousand people, including judges and prominent women, but cautioned that “Europe cannot alone assume the consequences” of Afghanistan’s fall to the Taliban. Some French mayors, not least Christian Estrosi in populous Nice, have bluntly said their cities are closed to refugees.

That’s despite the fact that the European Union’s share of refugees is just 0.6% of its total population, according to UNHCR data from the end of 2019. The UNHCR notes that “developing countries host 86% of the world’s refugees and Venezuelans displaced abroad”, with Turkey, Colombia, Pakistan and Uganda heading the list, as of the end of 2020.

In the UK, which has brought in the first 5,000 of the mere 20,000 Afghan refugees it will resettle over five years, there is rising concern about where they will be housed, especially as Afghan families can be large.

Even the US has admitted it’s not certain what will or should happen to Afghans currently awaiting security clearance in third countries if they fail the test and cannot enter the country.

The idea of asylum and refuge was always subject to an individual state’s willingness to comply with the 1951 Geneva Convention, which defined the status of refugees, sets out rights of individuals granted asylum and the responsibilities of nations. In 1967, the Convention embraced a broader definition of ‘refugee’ than just the Europeans displaced by conflict and violence before 1 January 1951. Although the post-World War Two international consensus on asylum and refuge is legally binding for state signatories, compliance is not enforceable by the UN High Commissioner for Refugees.

In fact, the rights promulgated by the 1951 Convention have always been interpreted in very different ways by different countries. For instance, Bangladesh has allowed hundreds of thousands of Rohingya Muslims fleeing the August 2017 campaign of violence by the military in neighbouring Myanmar, to remain on its soil. But they were “effectively stateless, without formal refugee status”, according to a report by the Humanitarian Policy Group.

In 2018, the UAE, which is not a signatory to the Refugee Convention, regularised the residency status of Syrians in the country, but it used bespoke terminology to describe them and their situation.

In 2017, the United States under President Donald Trump restricted immigration and enacted a ban on travel from several majority-Muslim countries. That was roughly 30 years after asylum policy in the United States  –  leader of the ‘free world’  –  began to pick and choose from among desperate asylum seekers. Cubans were privileged for ideological reasons to do with the Cold War; Haitians were not.

Accordingly, as Stonebridge notes in ‘Placeless People’, two categories of refugees emerged out of the mid-20th century. She writes that there was “the political exile, often assumed to be European”, and they carried with them “fascist or communist persecution, heroism, and escape”. Then there were the “non-European refugees, most of them left outside the scope of the international refugee regime.” The latter, she adds, were “scooped into the humanitarian (at best) no-man’s land of potential and sometimes permanent statelessness”. She quotes Hannah Arendt, the American political thinker who was herself a refugee from Nazi Germany: “The concept of human rights can again be meaningful only if they are redefined as a right to the human condition itself, which depends on belonging to some human community…”

Afghan refugees’ uncertain prospects today seem to hinge upon the inescapable reality that human rights still haven’t been redefined as rights for all humans.

Rashmee Roshan Lall is a writer on international affairs and has reported from Haiti. She blogs at www.rashmee.com.

Reprinted from Common Dream under a Creative Commons Attribution-NonCommercial 3.0 licence.