No more secrecy for a memo on killing Americans 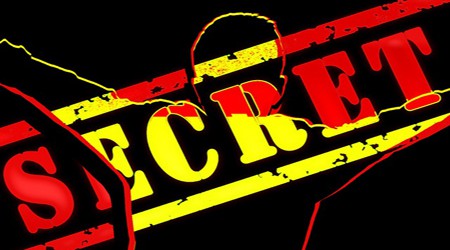 The problem that the Obama Administration had, in trying to persuade a court to let it keep secret a memo explaining why it was legal to assassinate Americans abroad, was how proud it was of its work. Officials kept bragging about the memo. The President, Attorney General Eric Holder, and John Brennan, the director of the C.I.A., suggested that anyone who read it would be reassured by the care that the Administration had taken before sending a drone, in 2011, to kill Anwar al-Awlaki, who was born in New Mexico and was accused of working with Al Qaeda. But they refused to let the public see the memo, which was produced by the Office of Legal Counsel—its legal brilliance was supposed to be taken on trust.

On Monday, a three-judge panel of the Second Circuit Court of Appeals disagreed, saying that the government was wrong to turn down a Freedom of Information Act request for the memo from the American Civil Liberties Union and from two Times reporters, Charlie Savage and Scott Shane. Pending an appeal, we’ll all get to read the O.L.C.’s work, and to decide whether its reasoning is clever and persuasive, or not. The case is important: first, because it would be good to know under what circumstances the White House thinks it can kill Americans without a trial. More than that, the decision turns on what has become, especially after Edward Snowden’s leak of N.S.A. documents, the crucial point in the debate over civil liberties and security: the government gets to have secrets, but it doesn’t get to have secret laws.

“We emphasize at the outset that the Plaintiffs’ lawsuits do not challenge the lawfulness of drone attacks or targeted killings,” Judge Jon Newman wrote. (The other two judges were José Cabranes and Rosemary Pooler.) Instead, the plaintiffs wanted the documents “setting forth the Government’s reasoning as to the lawfulness of the attacks.” In a democracy, this should count as a pretty basic request. Any classified details could be redacted. That is different from keeping the whole thing secret, which, because of a possible appeal, means that for the moment the very description of the memo in the decision reads like this:

We do know that it was forty-one pages long, addressed to Eric Holder, and signed by David J. Barron, the acting Assistant Attorney General.

Awlaki’s death was not, itself, so mysterious; after reports, in 2010, that he was on a White House targeted-killing hit list, his father filed suit to try to get him off it, or at least to get the government to explain in court why he was on it. The suit was dismissed for lack of standing—you are not the one harmed in the eye of the law if it’s your son that the government is after. A year later, in September, 2011, after at least one failed attempt, a drone found Awlaki, and killed him, along with another American citizen, named Samir Khan, who had been with him. President Obama and others in the Administration talked about Awlaki’s death as a triumph. They have said far less about the killing, two weeks later, of his sixteen-year-old son, Abdulrahman al-Awlaki—an American child, born in Denver, in 1995. Abdulrahman was in a restaurant when that drone hit. Six other people, including another teen-ager, were killed, too. Abdulrahman’s grandfather has been back in court, trying to find out why—again, a pretty basic question.

More than a year after the Awlakis were killed—and after a lower-court judge upheld the government’s denial of the F.O.I.A. request for the memo—Michael Isikoff, of NBC, obtained a Department of Justice white paper on targeted killings. This was a sort of CliffsNotes for the secret O.L.C. memo, sixteen pages long and deeply unsatisfying. It used words like “imminent threat” in ways that were jarringly vague. On its own, the white paper suggested that the President could decide that an American living abroad was frightening, and that would be enough for a death sentence—it would count as due process if the President duly processed the question in his own mind, taking time to think it through. The standard for deciding that someone was “associated” with Al Qaeda also sounded loose. (Because Awlaki was not tried in court, the logic that the government used in killing him is even less constrained, and more recyclable.) It was not, in other words, reassuring.

This is where the Administration tried the trick—which the court properly rejected on Monday—of arguing that the O.L.C. memo was simultaneously essential and unseeable. As the decision noted,

Attorney General Holder publicly acknowledged the close relationship between the DOJWhite Paper and previous OLC advice on March 6, 2013, when he said at a hearing of the Senate Committee on the Judiciary that the DOJ White Paper’s discussion of imminence of threatened action would be “more clear if it is read in conjunction with the underlying OLC advice.”

It just kept fighting the F.O.I.A. request, intended to give the public a chance to see that clarifying advice. Roughly speaking, there can be a F.O.I.A. exemption for a sort of attorney-client privilege within the government—but only at certain stages, when officials are figuring out what is legal. Once they have done that, and a legal analysis becomes “settled law” or policy—once you start deploying the drones, for example, and talking about how legal it is—that exemption is supposed to go away. As the decision described it,

After senior Government officials have assured the public that targeted killings are “lawful” and that OLC advice “establishes the legal boundaries within which we can operate,” and the Government makes public a detailed analysis [redacted], waiver of secrecy and privilege as to the legal analysis in the Memorandum has occurred.

We get to know what the law is. The most important single revelation in the Snowden papers has been that, too often, we did not. There were secret surveillance-court decisions that interpreted statutes in ways that defied the plain meaning of English words like “collected” and “targeted.” Targeted listening, targeted killing—we need to know, when the government talks and directs and justifies, just what it thinks it is saying.