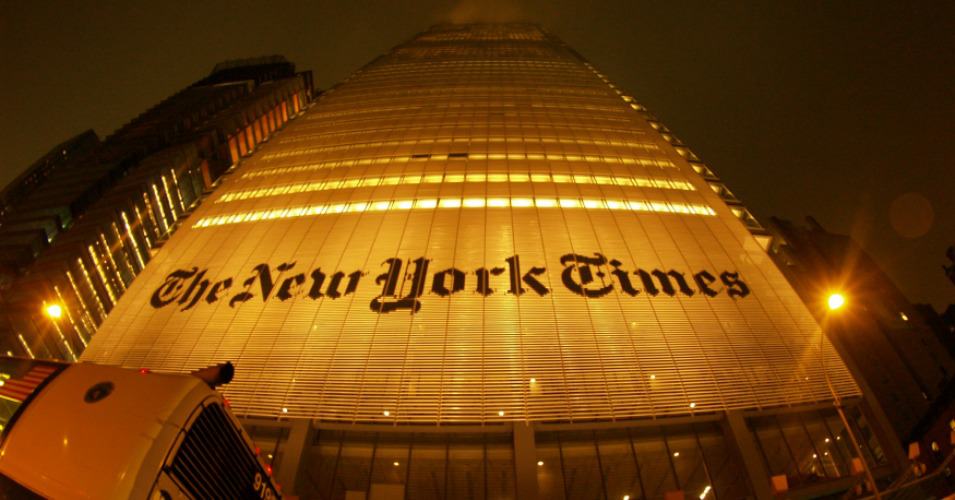 All the News That’s Fit to Rewrite. (Photo: flickr/cc/Alexander Torrenegra)

Wednesday (7/16/14)  the New York Times posted its first account of the Israeli strike that killed four young Palestinians on a beach in Gaza. The headline looked like this:

That headline appropriately conveys the horrors witnessed and documented by the Timesreporters.

But at some point–around 9:00 pm, according to the website Newsdiffs–the headline was changed to the version that appears on the front page of the New York Times on Thursday: “Boys Drawn to Gaza Beach, and Into Center of Mideast Strife.”

Was there something wrong with noting in the headline that the boys were killed? Do readers learn more being told they were “drawn into strife”?

Headlines are one very prominent way that news stories are framed. In this case, it does a disservice to the reporting underneath.

There’s a television equivalent to a headline–the information an anchor provides to introduce a piece. The NBC Nightly News Wednesday night (7/16/14) led with Gaza, and the segment by Richard Engel was vivid and powerful. But anchor Brian Williams‘ introduction included this comment:

When Hamas launches rockets from Gaza, Israel hits back.

Like the Times, that set-up does a disservice to the story that it introduces–and serves to instruct viewers that Israel’s strikes should be thought of as retaliatory, laying ultimate responsibility on Palestinians for their own deaths.

Peter Hart is the activism director at FAIR (Fairness & Accuracy In Reporting). He writes for FAIR’s magazine Extra, and is also a co-host and producer of FAIR’s syndicated radio show CounterSpin. He is the author of The Oh Really? Factor: Unspinning Fox News Channel’s Bill O’Reilly” (Seven Stories Press, 2003).