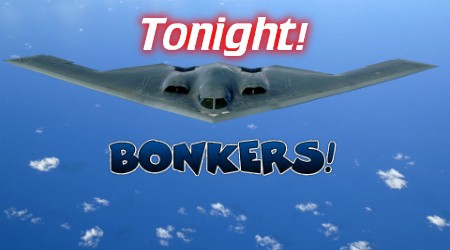 The New Nuclear Posture Review is Bonkers
Nuclear Retaliation for a Cyberattack?

TUESDAY, MARCH 6, 7:00 PM
Midpen Media Center, 900 San Antonio Road, Palo Alto
Free and open to all  ||  Wheelchair accessible
Click here to tell us you’re coming and we’ll save a seat for you! 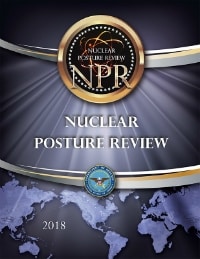 The Trump administration has officially rolled out its new Nuclear Posture Review after weeks of commentary and analysis of a leaked version of the review. Much of this pre-release comment focused on the NPR’s call for increased spending on the nuclear arsenal, including on programs that would create new kinds of small nuclear weapons, and on its suggestion that nuclear weapons might be used in response to attacks of a non-nuclear nature, including, specifically, cyber attacks against critical US infrastructure. Administration officials have portrayed the NPR as a required response to changed world security conditions, particularly Russia’s supposed increased reliance on nuclear options in its military doctrine. Many experts outside government have criticized the new NPR as a return to Cold War thinking and budgeting that makes the United States less rather than more secure. (The Bulletin of Atomic Scientists)

Given the fact that if fully implemented, this document could actually increase the probability of nuclear war, it should have received at least as much attention as the National Security Stragety, the National Defense Stragey, or the Nunes memo. Close analysis of the Trump Nuclear Posture Review makes it clear why so many experts spoke out against it when the draft was released and continue to speak out now.

Deeply committed to nonviolence and international law, Jackie Cabasso has been continuously active in nuclear disarmament, peace and environmental advocacy for more than three decades. She has had the opportunity to travel widely and has spoken at public hearings, legislative symposia and conferences around the world and has addressed rallies and gatherings at the Livermore and Los Alamos nuclear weapons laboratories, the Nevada and Semipalatinsk nuclear test sites, the French nuclear weapons laboratories, and in Hiroshima and Nagasaki. She has been arrested approximately 50 times in acts of nonviolent resistance to U.S. nuclear weapons and foreign policy at the Livermore Lab, the Nevada Test Site, the White House, and other U.S. military and government facilities.