I woke up one morning to find that Zionist extremists had torched the Church of the Multiplication at Tabgha on the shores of the Sea of Galilee in Historic Palestine, the place where Jesus performed the miracle of feeding 5,000 people with 5 loaves of bread and 2 fish after the murder of his friend, the preacher John the Baptist (to some known as Yahya ibn Zakariya). The Palestinians inside were said to be the target. The torching of the church at Tabgha is a Hate Crime.

I woke up this same morning to a post, showing a white man in a bullet proof vest and handcuffs getting escorted into a cop car ALIVE after he massacred 9 people in a church in Charleston. The murder of 9 Black bodies, 9 Black women and men, 1 state senator. The cops took him in ALIVE.

And what did the media say to preface this arrest?

They said that that the gunman was mentally ill. Just like the pilot Andreas Lubitz was mentally ill? Not a terrorist? Innocent until proven guilty? No death by execution in the middle of the street out of suspicion? What about Tanisha Anderson? Where was her safety under the label “mentally ill“? When she was murdered by police being escorted to the cop car, where was their caution? Where was their care? That’s White Supremacy: Tanisha Anderson was criminalized and brutalized by the facts of her mere existence, with no crime committed. Dylann Roof was provided with a bullet proof vest, hand cuffs, police escorts and fast food after shooting 9 Black churchgoers in a blatant Hate Crime and gets the benefit of the doubt.

No, Al Sharpton, now is not the time for calm.

Dylann Roof doesn’t need a jury to give him the benefit of the doubt.

No, Dylann Roof gets to be a human before he gets to be labeled as a murderer.

Black men and women are stigmatized, marginalized, and brutalized while they are living and dead in the United States. Without a crime committed or with a crime committed, there is no way in hell that the cops would have brought a Black Dylann Roof a bullet proof vestand hand cuffs.

There is no way in hell that a white Al Sharpton would have told his community to “keep calm” when 9 people were shot in a place of worship on a weekday.

Racism is NOT a mental illness.

REST IN POWER to the Charleston 9. 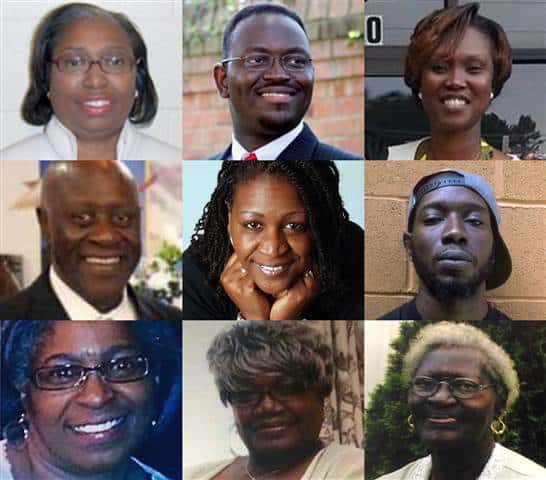 Lots and lots of love and prayers to their families, to their community. To Black communities across the Carolinas and the United States.

If Jesus could feed 5,000 in mourning of the preacher John the Baptist in a little church in Palestine, then perhaps protests, actions, prayers and demands can liberate thousands more.

I mourn the loss of the church of Taghba, part of the steady but strong waves of ethnic cleansing that are coming for Palestinian bodies and Palestinian roots and trying to wash us away into oblivion.

To my Black friends and community members:

I am here. I am here when you want me and when you need me.

Tell me where to go. I’ll follow your lead.