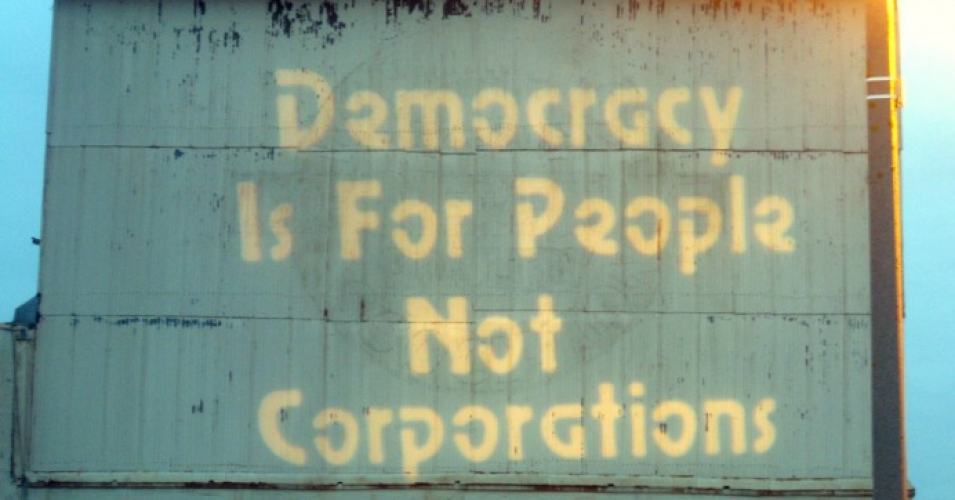 As ISDS “threatens to dilute constitutional protections, weaken the judicial branch, and outsource our domestic legal system to a system of private arbitration that is isolated from essential checks and balances,” the academics urge (pdf) lawmakers to reject the TPP, despite the Obama administration’s full-court press to pass the trade agreement during the upcoming lame-duck session of Congress.

The signatories—who also include Nobel laureate Joseph Stiglitz, former California Supreme Court Justice Cruz Reynoso, and Columbia University Professor and UN Senior Adviser Jeffrey Sachs—note that concerns they outlined in a March 2015 letter opposing the inclusion of ISDS provisions in the TPP and other multinational trade deals were ignored.

In fact, they write, “the final TPP text simply replicates nearly word for word many of the problematic provisions from past agreements, and indeed would vastly expand the U.S. government’s potential liability under the ISDS system.”

If the TPP text were approved by Congress, we would not only be entrenching this inherently flawed mechanism, but significantly expanding it.

[…] In recent years, corporations have challenged a wide range of environmental, health, and safety regulations, fiscal policies, bans on toxins, denials of permits including for toxic waste dumps, moratoria on extraction of natural resources, measures taken in response to financial crises, court decisions on issues ranging from the scope of intellectual property rights to the resolution of bankruptcy claims, policy decisions on privatizations of prisons and healthcare, and efforts to combat tax evasion, among others. Nearly 700 cases have been filed against approximately 100 governments over the past few years. There were 50 known ISDS cases launched in the regime’s first three decades combined. But the number of cases has soared in recent years. According to the United Nations Conference on Trade and Development (UNCTAD), in 2015 alone, 70 ISDS cases were launched—more than in any previous year.

“This provision empowers companies to challenge laws and regulations they don’t like,” Warren said on Wednesday, “with friendly corporate lawyers instead of judges deciding their disputes. Congress should not approve a TPP agreement that includes ISDS.”

Though Senate Majority Leader Mitch McConnell said last month that the TPP would “not be acted on this year,” experts have warned against celebrating the trade pact’s demise.

need to be understood for what they are: negotiating for changes to obtain even more corporate goodies—longer monopoly protections for pharmaceutical firms’ high medicine prices, elimination of an exception protecting some tobacco regulations from TPP attack, and more. So far the corporate ‘we-want-more-or-else’ tactic has pushed the White House into caving on Wall Street firms’ demands to ‘fix’ TPP rules allowing governments to limit movement of financial data across borders. Since the administration has made no parallel moves to address criticisms coming from its own party, a very bad deal is getting even worse.

Meanwhile, Wallach continued, “the massive corporate coalition pushing for the TPP is aggressively lobbying to pass the pact in the lame-duck session—that unique moment of minimum political accountability when the retired and fired in Congress get to come back and vote one more time knowing they will not be facing their voters again.”

However, she argued, “[t]he current political context, with the presidential nominees of both parties against the TPP coupled with rising public anger across partisan lines about the influence corporations have over governments and the decisions that shape our daily lives means the TPP can be stopped.”

Deirdre Fulton is a staff writer at Common Dreams.