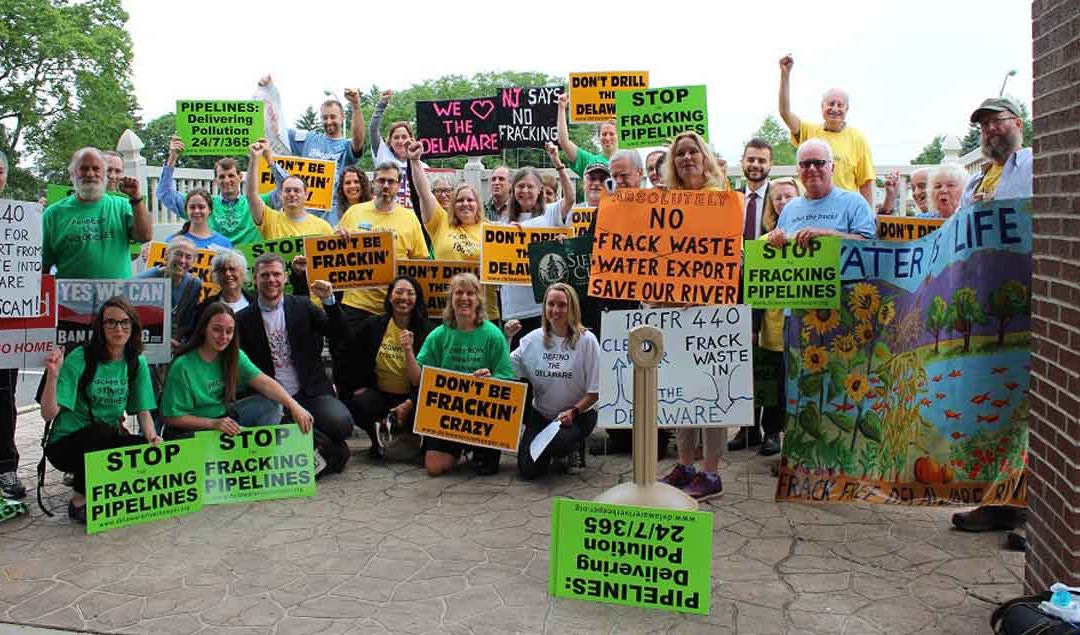 Environmental and public health advocates on Monday celebrated the demise of a proposed fracked gas pipeline across Pennsylvania and New Jersey after PennEast decided to cease development because of difficulties acquiring certain state permits.

“This is a huge victory. Today, water, the environment, and people spoke louder than fossil fuels,” said Jim Waltman, executive director of the New Jersey-based Watershed Institute, in a statement. “We congratulate and thank the many local, state, and federal officials of both parties and thousands of residents for their determined opposition to this unnecessary and destructive proposal.”

Joseph Otis Minott, Clean Air Council executive director and chief counsel, said that “PennEast’s cancellation of this unneeded, dangerous fracked gas pipeline is a momentous win for the communities that have fought hard for years to defend their property and the environment.”

“Others who seek to exploit the residents and natural resources of New Jersey and Pennsylvania should take note: We are not easy-take states and we will continue to resist,” he added.

A huge win for long-suffering landowners, for the environment, and for everyone who worked to block the PennEast pipeline!

But we’re not done yet — we must reform a system that allowed this economically unnecessary project to be approved in the first place. https://t.co/KkvY7nYQns

The announcement from PennEast, a joint venture of multiple companies including Enbridge, follows several years of local opposition to the proposed 120-mile pipeline as well as speculation about the project’s future last week, after a court filing revealed that the developer would not use eminent domain authority to acquire state land in New Jersey.

The decision to stop development comes despite a June U.S. Supreme Court ruling about the New Jersey land dispute, which favored the developer, and the Federal Energy Regulatory Commission (FERC) approving the project.

As PennEast spokesperson Pat Kornick explained in a statement Monday:

Although PennEast received a certificate of public convenience and necessity from FERC to construct the proposed pipeline and obtained some required permits, PennEast has not received certain permits, including a water quality certification and other wetlands permits under Section 401 of the Clean Water Act for the New Jersey portion of the project; therefore, the PennEast partners, following extensive evaluation and discussion, recently determined further development of the project no longer is supported. Accordingly, PennEast has ceased all further development of the project.

Waltman pointed out that “the proposed pipeline would have ripped through dozens of our state’s most pristine streams and bulldozed through more than 4,300 acres of farmland and open space that has been ostensibly preserved in perpetuity.”

“From the beginning, it was clear to us that this PennEast proposal was in severe conflict with the state’s strong environmental protections,” he said. “As we and others have urged, through two administrations, the state of New Jersey has consistently held PennEast to the Garden State’s strict environmental laws.”

New Jersey Gov. Phil Murphy also welcomed the development. In a statement, the Democrat highlighted his administration’s opposition to the “unnecessary” project that would have destroyed acres of conserved land and threatened species, and reiterated his commitment to “protecting our state’s natural resources and building a clean energy future.”

The @GovMurphy Administration fought PennEast all the way to the U.S. Supreme Court in an effort to stop the construction of a pipeline we said was unnecessary, dangerous, and illegal.

At long last, the company has abandoned the project. This is a great win for New Jersey.

The New Jersey attorney general and the Delaware Riverkeeper Network had challenged FERC’s approval of the project in federal court. Maya van Rossum, the network’s leader, said Monday that “we knew we would get here eventually, it was just a matter of time.”

Applauding the opposition efforts ​​of frontline organizations, community leaders, property owners, and environmental advocates, van Rossum declared that “we have advocated, litigated, conducted critical scientific ground-truthing, and been clear throughout that we would accept nothing short of cancellation!”

“Today is a day to celebrate,” she added. “Tomorrow we battle on to end the fracking that spawned this evil pipeline project as well as the other LNG, pipeline, and compressor projects that are part and parcel of the devastating and dangerous fracking industry advancing the climate crisis and putting the health and safety of our planet and future generations at such consequential risk.”