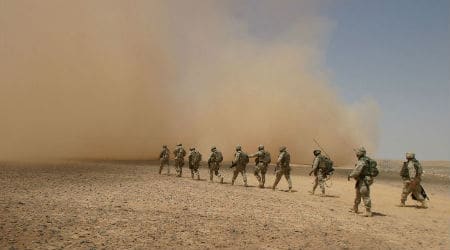 It may well end up in the paper shredder, but a bipartisan group of defense experts and former military leaders sent Donald Trump’s transition team a briefing book urging the president-elect to consider climate change as a grave threat to national security.

The Center for Climate & Security in its briefing book argues that climate change presents a risk to U.S. national security and international security, and that the United States should advance a comprehensive policy for addressing the risk. The recommendations, released earlier this year, were developed by the Climate and Security Advisory Group, a voluntary, nonpartisan group of 43 U.S.-based senior military, national security, homeland security and intelligence experts, including the former commanders of the U.S. Pacific and Central commands. CONTINUE READING AT SCIENTIFIC AMERICAN