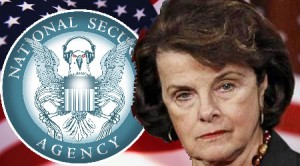 The bill that Senator Dianne Feinstein is busy working on is a way to provide a fig leaf for the intelligence community to do what it wants to continue to do.

In the months since Edward Snowden revealed the full extent of National Security Agency spying programs, NSA reform proposals have dribbled out almost as frequently as the leaks themselves. But congressional opponents of the NSA programs worry some of those proposals are meant to “fog up” the conversation up the conversation and keep reform efforts “skin deep.”

Senator Ron Wyden (D-Ore.), among the most vocal opponents of NSA surveillance, voiced concerns about the issue during a Cato Institute conference Wednesday.  Wyden, along with fellow Senators Mark Udall (D-Colo.), Richard Blumenthal (D-Conn.) and Rand Paul (R-Ky.), introduced a reform package in recent weeks. The proposal would end the bulk collection of domestic phone records, limit the legal authority for the PRISM program, introduce an adversarial element to the Foreign Intelligence Surveillance Act (FISA) Court, and allow private companies to disclose more information about their participation in government spying programs while requiring the government to disclose more information about surveillance activities.

“The goal of our bipartisan bill is to set the bar for measuring what really constitutes real intelligence reform,” Wyden said. It was among the first comprehensive attempts to respond to NSA spying programs, and there’s a reason for that, according to Wyden: “In the months ahead, we are going to be up against the business as usual brigade.” That brigade, he says, is made up of members of Congress, the media, private industry and think tanks who support the current surveillance status quo.

It will, Wyden says, “try mightily to fog up the surveillance debate and convince Congress and the public that the real problem here is not overly intrusive, constitutionally flawed domestic surveillance, but sensationalistic media reporting,” adding that, “their endgame is ensuring that any surveillance reforms are only skin deep.”

Wyden does expect the declassification of some documents related to NSA programs to continue, but says the executive branch has shown “little interest” in real reform. He also expects that “defenders of business as usual” will try to codify the surveillance authorities reformers want to appeal into law, specifically the phone record collection program — something he calls a “huge mistake” because it would make what he sees as a constitutionally flawed program more permanent.

Senate Intelligence Committee Chair Dianne Feinstein (D-Calif.) is among those withlegislative proposals that would codify NSA’s bulk collection domestic phone records — although it would place added restrictions on how they are accessed and provide transparency provisions. Feinstein has called the phone records program “critical” to national security and said she will oppose any efforts to end it.

Congress did approve the legislation that provides the framework for many of the NSA programs. But some members say they were caught unaware by the full extent of how that legislation was being interpreted and that congressional oversight of the programs is broken. That includes Rep. Jim Sensenbrenner (R-Wis.), author of the original Patriot Act, who also spoke at the Cato Institute event.

“I think the bill that Mr. Rogers [Rep. Mike Rogers (R-Mich.), chairman of the House Permanent Select Committee on Intelligence] and Senator [Dianne] Feinstein are busy working on is a way to provide a fig leaf for the intelligence community do what it wants to continue to do,” he said. “I think he plucked the fig leaf off the fig tree far too soon and it will be far too small of a fig leaf.”

As a member of the  Senate Select Committee on Intelligence, Wyden was aware of many of the programs revealed by the leaks. And for years, the senator introduced legislation aimed at curbing NSA powers, tried to get information about those powers declassified and asked very pointed questions in hearings to get details on the public record — and sometimes getting misleading if not outright false responses.

At a hearing in March, Director of National Intelligence James Clapper responded to a question from Wyden about whether the NSA collected any type of data at all about U.S. citizens with, “No, sir. Not wittingly.” That claim was directly in conflict with the bulk phone records collection program revealed by Snowden, and Clapper later apologized for his “erroneous” statement. Speaking at the same conference yesterday, Rep. Justin Amash (R-Mich.) said Clapper should resign and be prosecuted for lying to Congress.