MEDICARE for ALL
How does it work? How will it get passed?

Our health care system is broken. In the United States we pay more for our health care than any other country, and yet millions of people are uninsured or under-insured and can’t get the lifesaving care they need.  The Medicare for All Act of 2019 — H.R. 1384 in the House and S. 1804 in the Senate — would change all of that. It would expand our current Medicare system to provide high-quality, comprehensive health care to everyone. And yet, fewer than half of Congressional democrats have signed on.

Medicare for All is rapidly rising to the top of policy choices when it comes to fixing our nation’s broken health care system. It is shaping up to be a major issue in the presidential election campaign, with most Democratic candidates supporting “some form” of Medicare for All.

For this month’s Other Voices forum we’ll take a thorough look at Medicare for All so that activists can be fully informed as they participate in this crucial debate. How would Medicare for All actually work? How do we “get from here to there”? And what will it take to convince a majority in Congress — including a lot of recalcitrant Democrats — to get behind the plan and make it law? To help us learn, we are very pleased to welcome one of the country’s leading health care policy analysts. 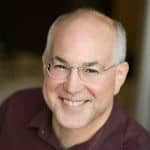 Michael Lighty is considered a preeminent spokesperson and expert on Medicare for All. For over 25 years, Lighty has organized, written and spoken on the subject. He was a lead policy analyst for a single-payer bill, SB 562, the Healthy California Act. From 1994 until 2018, Michael worked for the California Nurses Association/NNU where he coordinated campaigns for an HMO patients’ bill of rights, clean money elections, and nationally for a Robin Hood Tax on Wall Street. Lighty was the first openly LGBTQ Commissioner for the Port of Oakland. He was Jerry Brown’s first mayoral appointee to the Oakland Planning Commission in 1999, and was appointed by Oakland Mayor Ronald Dellums to the Port of Oakland Board of Commissioners, in 2010. He is a Fellow at The Sanders Institute and serves on the Board of the Martin Luther King, Jr. Freedom Center in Oakland, CA, where he lives with his spouse.

Salem Ajluni is a member of the Santa Clara County Single Payer Health Care Coalition and the Democratic Socialists of America.  Ajluni studied and taught economics for more than two decades before joining the United Nations in 1996.  During 1996-2001 he resided in the Gaza Strip and led research on Palestinian economic and social conditions for the Office of the United Nations Special Coordinator in the Occupied Territories.  Since 2001, Ajluni has worked as an economic analyst and consultant, mainly for UN organizations with operations in Southwest Asia (including the United Nations Relief and Works Agency for Palestine Refugees and the International Labour Organization). Since 2013, his work has focused mainly on the labor market impacts of Syrian refugees residing in Lebanon and Jordan.  Ajluni is a native of Detroit, Michigan and the son of Palestinian immigrants. He resides in San Jose, California.

Medicare for All
0 Events loaded