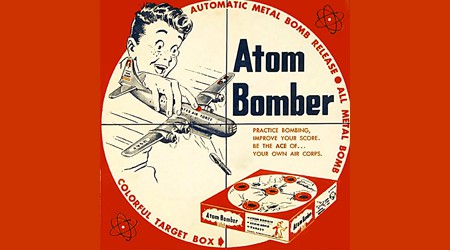 The United States has just made an exceptionally dangerous, even reckless decision over Ukraine. Mikhail Gorbachev, the Soviet leader who ended the Cold War, warns it may lead to a nuclear confrontation with Russia.

Rule number one of geopolitics: nuclear-armed powers must never, ever fight.

Yet Washington just announced that by spring, it will deploy unspecified numbers of military “trainers” to Ukraine to help build Kiev’s ramshackle national guard. Also being sent are significant numbers of US special heavy, mine resistant armored vehicles that have been widely used in Afghanistan and Iraq. The US and Poland are currently covertly supplying Ukraine with some weapons.

The US soldiers will just be for training, and the number of GI’s will be modest, claim US military sources. Of course. Just like those small numbers of American “advisors” and “trainers” in Vietnam that eventually grew to 550,000. Just as there are now US special forces in over 100 countries. We call it “mission creep.”

The war-craving neocons in Washington and their allies in Congress and the Pentagon have long wanted to pick a fight with Russia and put it in its place for daring to oppose US policies against Iran, Syria and Palestine. What neocons really care about is the Mideast.

Some neocon fantasies call for breaking up the Russian Federation into small, impotent parts. Many Russians believe this is indeed Washington’s grand strategy, mixing military pressure on one hand and social media subversion on the other, aided by Ukrainian oligarchs and rightists. A massive propaganda campaign is underway, vilifying Russia’s president, Vladimir Putin as “the new Hitler.”

Back to eastern Ukraine. You don’t have to be a second Napoleon to see how a big war could erupt.

Ukrainian National Guard forces, stiffened by American “volunteers” and “private contractors,” and led by US special forces, get in a heavy fire fight with pro-Russian separatist forces. Washington, whose military forces are active in the Mideast, Central America, the Philippines, Africa, Afghanistan, Pakistan, South Korea, has been blasting Moscow for allegedly sending some 9,000 soldiers into neighboring Ukraine.

The Americans, who have never been without total air superiority since the 1950’s Korean War, call in US and NATO air support. Pro-Russian units, backed by Russian military forces just across the border, will reply with heavy rocket fire and salvos of anti-aircraft missiles. Both sides will take heavy casualties and rush in reinforcements.

Does anyone think the Russians, who lost close to 40 million soldiers and civilians in World War II, won’t fight to defend their Motherland?

Heavy conventional fighting could quickly lead to commanders calling for tactical nuclear strikes delivered by aircraft and missiles. This was a constant fear in nearly all NATO v Warsaw Pact Cold War scenarios – and the very good reason that both sides avoided direct confrontation and confined themselves to using proxy forces.

Tactical nuclear strikes can lead to strategic strikes, then intercontinental attacks. In a nuclear confrontation, as in naval battles, he who fires first has a huge advantage.

“We can’t allow Russia to keep Crimea,” goes another favorite neocon mantra. Why not? Hardly any Americans could even find Crimea on a map.

Crimea belonged to Russia for over 200 years. I’ve been all over the great Russian naval base at Sevastopol. It became part of Ukraine when Kiev declared independence in 1991, but the vital base was always occupied and guarded by Russia’s military. Ukrainians were a minority in the Crimea – whose original Tatar inhabitants were mostly ethnically cleansed by Stalin. Most of those Russian troops who supposedly “invaded” Ukraine actually came from the giant Sevastopol base, which was under joint Russian and Ukrainian sovereignty.

Only fools and the ignorant can have believed that tough Vlad Putin would allow Ukraine’s new rightist regime to join NATO and hand one of Russia’s most vital bases and major exit south to the western alliance.

Two of Crimea’s cities, Sevastopol and Kerch, were honored as “Hero Cities” of the Soviet Union for their gallant defense in World War II. Over 170,000 Soviet soldiers died in 1942 defending Sevastopol in a brutal, 170-day siege. Another 100,000 died retaking the peninsula in 1944.

In total, well over 16 million Soviet soldiers died in the war, destroying in the process 70% of the German Wehrmacht and 80% of the Luftwaffe. By contrast, US losses in that war, including the Pacific, were 400,000.

One might as well ask Texas to give up the Alamo or Houston as to order Russia to get out of Crimea, a giant graveyard for the Red Army and the German 11th army.

In 2013, President Putin proposed a sensible negotiated settlement to the Ukraine dispute: autonomy for eastern Ukraine and its right to speak Russians as well as Ukrainian. If war or economic collapse is to be avoided, this is the solution. Eastern Ukraine was a key part of the Soviet economy. Its rusty heavy industry would be wiped out if Ukraine joined the EU – just as was East Germany’s obsolete industries when Germany reunified.

So now it appears that Washington’s economic warfare over Ukraine is going to turn military, even though the US has no strategic or economic interests in Ukraine. Getting involved in military operations there when the US is still bogged down in the Mideast and Afghanistan is daft. Even more so, when President Barack Obama’s “pivot toward Asia” is gathering momentum.

He is a regular contributor to The Huffington Post, Lew Rockwell. He appears as an expert on foreign affairs on CNN, BBC, France 2, France 24, Fox News, CTV and CBC.