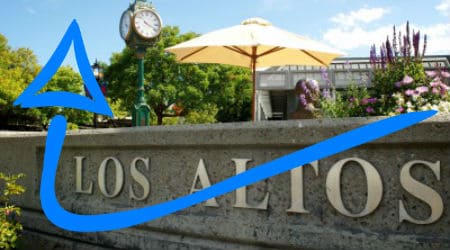 Get a head start and getting your questions answered. Check out our “Myths and Facts About the Minimum Wage“

A record number of municipalities around the country are taking action to raise their local minimum wage. Just six months ago, the city councils in Mountain View and Sunnyvale voted to lift their minimums. In last November’s elections, voters in San Francisco and Oakland overwhelmingly voted in favor of raising the minimum wage in those cities. San Jose voters raised their minimum wage in 2012. In February, Palo Alto’s city council voted unanimously to pursue an increase there. And as recently as March 31, the Mountain View City Council directed their staff to work with neighboring cities to develop a more regional approach to raising the minimum wage, with a goal of a $15 minimum wage in 2018.

Should Los Altos raise the local minimum wage? “Yes!” say the local organizations, churches and economic equality activists who make up the Raise the Wage Coalition of the Peninsula and South Bay. The Coalition’s grassroots efforts led directly to the Mountain View raise and Palo Alto’s current process to do the same. Now, the Coalition is working to ask the Los Altos City Council to join its neighbors.

Doesn’t raising the minimum wage hurt employment? Won’t an increase drive prices sky-high? And aren’t most minimum wage workers just part-time teenagers anyway? This community forum is designed to explore and answer those questions and more. The answers might surprise you. What are your questions?

This forum will feature an extensive Q&A and discussion session. We welcome people with all points of view — in favor, opposed, unsure — to ask questions and make their voices heard during this time.

If you already support the idea of increasing the minimum wage in Los Altos, please take a moment to sign the petition to Los Altos City Council.