Legalized Murder and the Politics of Terror 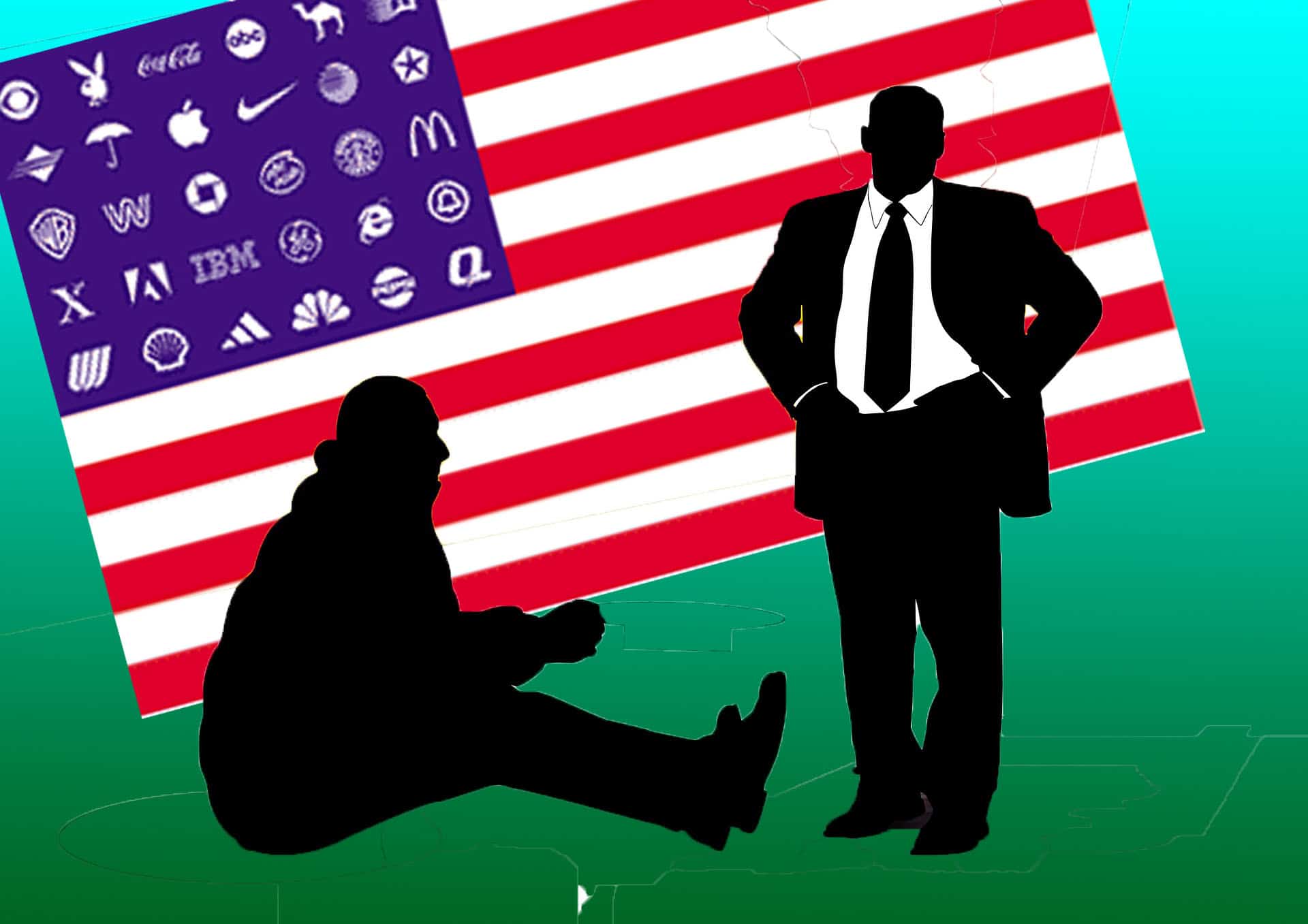 Police officers carry out random acts of legalized murder against poor people of color not because they are racist, although they may be, or even because they are rogue cops, but because impoverished urban communities have evolved into miniature police states.

Police can stop citizens at will, question and arrest them without probable cause, kick down doors in the middle of the night on the basis of warrants for nonviolent offenses, carry out wholesale surveillance, confiscate property and money and hold people—some of them innocent—in county jails for years before forcing them to accept plea agreements that send them to prison for decades. They can also, largely with impunity,murder them.

Those who live in these police states, or internal colonies, especially young men of color, endure constant fear and often terror. Michelle Alexander, author of “The New Jim Crow: Mass Incarceration in the Age of Colorblindness,” calls those trapped in these enclaves members of a criminal “caste system.” This caste system dominates the lives of not only the 2.3 million who are incarcerated in the United States but also the 4.8 million on probation or parole. Millions more are forced into “permanent second-class citizenship” by their criminal records, which make employment, higher education and public assistance, including housing, difficult and usually impossible to obtain. This is by design.

The rhetoric of compassion, even outrage, by the political class over the police murders in Baton Rouge, La., and near St. Paul, Minn., will not be translated into change until the poor are granted full constitutional rights and police are accountable to the law. The corporate state, however, which is expanding the numbers of poor through austerity and deindustrialization, has no intention of instituting anything more than cosmetic reform.

Globalizationhas created a serious problem of “surplus” or “redundant” labor in deindustrialized countries. The corporate state has responded to the phenomenon of “surplus” labor with state terror and mass incarceration. It has built a physical and legal mechanism that lurks like a plague bacillus within the body politic to be imposed, should wider segments of society resist, on all of us.

The physics of human nature dictates that the longer the state engages in indiscriminate legalized murder, especially when those killings can be documented on video or film and disseminated to the public, the more it stokes the revenge assassinations we witnessed in Dallas. This counterviolence serves the interests of the corporate state. The murder of the five Dallas police officers allows the state to deify its blue-uniformed enforcers, demonize those who protest police killings and justify greater measures of oppression, often in the name of reform.

This downward spiral of violence and counterviolence will not be halted until the ruling ideology of neoliberalismis jettisoned and the corporate state is dismantled. Violence and terror, as corporate capitalism punishes greater and greater segments of the population, are, and will remain, the essential tools for control.

No one, with the exception of the elites, champions neoliberal policies. Citizens do not want their jobs shipped overseas, their schools and libraries closed, their pension and retirement funds looted, programs such as Social Security and welfare cut, government bailouts of Wall Street, or militarized police forces patrolling their neighborhoods as if they were foreign armies of occupation—which in many ways they are. These policies have to be forced on a reluctant public. This is accomplished only through propaganda, including censorship, and coercion.

Unfortunately, all the calls by the political class for reform in the wake of recent murders by police will make things worse. Reform has long been a subterfuge for expanded police repression. This insidious process is documented in Naomi Murakawa’s book “The First Civil Right: How Liberals Built Prison America.” [Click hereto see excerpts at Google Books.]

Murakawa wrote that lawmakers, especially liberal lawmakers, “confronted racial violence as an administrative deficiency.” Thus, they put in place “more procedures and professionalization” to “define acceptable use of force.” They countered the mob violence of lynching, she points out, with a system of state-sanctioned murder, or capital punishment. “The liberal’s brand of racial criminalization and administrative deracialization legitimized extreme penal harm to African-Americans: the more carceral machinery was rights-based and rule-bound, the more racial disparity was isolatable to ‘real’ black criminality.” In other words, the state was “permitted limitless violence so long as it conformed to clearly defined laws, administrative protocol, and due process,” while those who were the victims of this violence were said to be at fault because of their supposed criminal propensities.

The so-called “professionalization” of the police, the standard response to police brutality, has always resulted in more resources, militarized weaponsand money given to the police. It has been accompanied, at the same time, by less police accountability and greater police autonomy to strip citizens of their rights as well as an expansion of the use of lethal force.

If the state of siege of our inner cities were lifted, if prisoners were allowed to return to their communities and if evictions, which destroy the cohesion and solidarity of a neighborhood, were to end, the corporate state would face a rebellion. And the corporate state knows it. It needs to maintain these pod-like police states if it is to continue the relentless drive to further impoverish the country in the name of austerity. The continued cutting or closing of the few social services that keep people from facing total destitution, the massive unemployment that is never addressed, the despair, the hopelessness, the retreat into drugs and alcohol to blunt the pain, the heavy burden of debt peonage that sees families evicted, the desperate struggle to make money from the illegal economy and the forced bankruptcies all are about social control. And they work.

The state insists that to combat the “lawlessness” of those it has demonized it must be emancipated from the constraints of the law. The unrestricted and arbitrary subjugation of one despised group, stripped of equality before the law, conditions the police to employ brutal tactics against the wider society.

“Laws that are not equal for all revert to rights and privileges, something contradictory to the very nature of nation-states,” Hannah Arendtwrote. “The clearer the proof of their inability to treat stateless people as legal persons and the greater the extension of arbitrary rule by police decree, the more difficult it is for states to resist the temptation to deprive all citizens of legal status and rule them with an omnipotent police.”

The miniature police states are laboratories. They give the corporate state the machinery, legal justification and expertise to strip the entire country of rights, wealth and resources. And this, in the end, is the goal of neoliberalism.

Neoliberalism, like all utopian ideologies, requires the banishment of empathy. The inability to feel empathy is the portal to an evil often carried out in the name of progress. A world without empathy rejects as an absurdity the call to love your neighbor as yourself. It elevates the cult of the self. It divides the world into winners and losers. It celebrates power and wealth. Those who are discarded by the corporate state, especially poor people of color, are viewed as life unworthy of life. They are denied the dignity of work and financial autonomy. They are denied an education and proper medical care, meaning many die from preventable illnesses. They are criminalized. They are trapped from birth to death in squalid police states. And they are blamed for their own misery.

Disenfranchised white workers, also the victims of deindustrialization and neoliberalism, flock to Donald Trump rallies stunted by this lack of empathy. The hatred of the other offers them a sense of psychological protection. For, if they saw themselves in those they demonized, if they could express empathy, they would have to accept that what is being done to poor people of color can, and perhaps will, be done to them. This truth is too hard to accept. It is easier to blame the victims.

Our political elites, rather than addressing the crisis, will make it worse. If we do not revolt, the savagery, including legalized murder, that is the daily reality for poor people of color will become our reality. We must overthrow the corporate state. We must free ourselves from the poisonous ideology of neoliberalism. If we remain captive we will soon endure the nightmare that afflicts our neighbor.