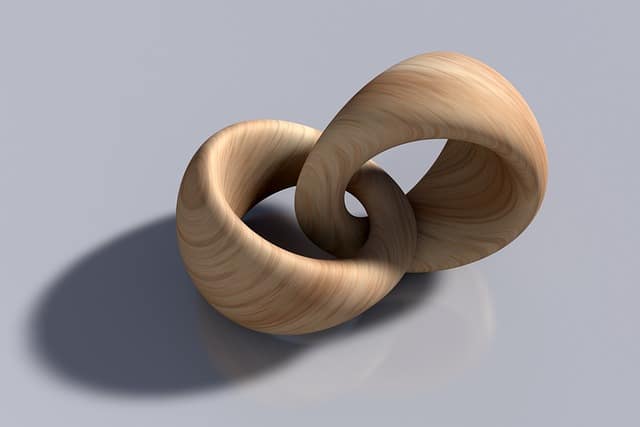 It’s too easy simply to blame Donald Trump for the void that’s suddenly apparent at the center of American government — or will be on Jan. 20.

In fact, I’m utterly sick of hearing his name, let alone accounts of his latest outrage or trivial impertinence, which is the equivalent of crack cocaine in the news cycle: all Trump, all the time. It’s been that way for a year.

Trump is a symptom. But, come on, far less of a symptom — of a deep, raw social and cultural wrongness — than, for instance, the global war and terror, environmental exploitation, climate chaos, poverty, racism (old and new), infrastructure collapse, the commonness of mass murder, the limitless expansion of the security state, or the congealing of a one-party status quo that ignores all of the above.

We kind of live with this stuff and the vague pain it causes — because we know it’s wrong and feel the wrongness deep inside us — and in the process of ignoring this pain we have devolved ever more deeply into techno-escapism. We allow ourselves to be lulled and distracted by the superficial media, which continually presents us with new enemies to blame. (The Russians! The Russians! They messed with our election!)

More and more, American unity is a spectator unity, the essence of which was immortalized by George W. Bush in early 2003, as his administration was preparing to invade Iraq, when he told the nation to go shopping. Could there be a more glaring disconnect between government and populace — a more bald-faced dismissal of “the people” as irrelevant to the business of the nation? And we’re still here, in this era of irrelevance. With the ascendance of Trump, we’ve managed to produce a leader who symbolizes, and even occasionally addresses (or tweets about), the surrealism of our collapsing social and political infrastructure.

The way out of this slowly lethal absurdity is a lot more complex than simply resisting the Trump presidency, so that we can get ourselves back, with a huge sigh of relief, to the pre-Trump status quo.

I suggest, instead, envisioning a different sort of future, beginning with a rethinking of our core mythology and its excruciating limitations: that we are separate sentient beings living on an inanimate, exploitable planet; that it’s every man for himself and winning is everything; that my survival has nothing to do with your survival; that a detached (cynical) rationality is the best tool we have for understanding life and the world that surrounds us.

It’s time to leave the Age of Disconnect. Its achievements are coming back to haunt us.

Charles Eisenstein, in his recent book The More Beautiful World Our Hearts Know Is Possible, talks about “an emerging Story of the People that is the defining mythology of a new kind of civilization.” He calls it “the Story of Interbeing.”

The essence of this unwritten story is extraordinarily deep and extraordinarily simple: “That my being partakes of your being and that of all beings. This goes beyond interdependency—our very existence is relational.

“That, therefore, what we do to another, we do to ourselves.”

Such words may be transgressions beyond the boundary established by cynics, but they are not random or abstract. We can feel the connection beyond ourselves:

“Why,” Eisenstein asks, “does it hurt when we hear of another person coming to harm? Why, when we read of mass die-offs of the coral reefs and see their bleached skeletons, do we feel like we’ve sustained a blow? It is because it is literally happening to our selves, our extended selves. . . . Certainly, as a little introspection will reveal, our desire to help is not coming from a rational calculation that this injustice or that ecological disaster will somehow, someday, threaten our personal well-being. The pain is more direct, more visceral than that. The reason it hurts is because it is literally happening to ourselves.”

Yet somehow we have chopped up the world in which we live into an infinity of separateness, gaining, in the process, control (for some) over other people and dominion, as they say, over the planet. In my last column, I talked about pledging one’s allegiance not to a nation and its arbitrary borders, or to the flag that symbolizes the nation, but to the planet itself and to the future it is our purpose in being here to create.

But what would such a pledge mean? I’m obviously not talking about some rote recitation, but a heartfelt new exploration of the ancient question, who are we? To assist in our approaching this question with adequate seriousness, I summon the words of Harvard-trained neuroanatomist Jill Bolte Taylor, who, a decade ago, wrote a book called My Stroke of Insight, about the stroke she suffered when she was 37 years old.

She awoke one morning with something more than a headache, but not knowing what it was, she stepped into the shower as usual: “When the shower droplets beat into my chest like little bullets, I was harshly startled back into . . . reality,” she wrote. “As I held my hands up in front of my face and wiggled my fingers, I was simultaneously perplexed and intrigued.

“Wow, what a strange and amazing thing I am. What a bizarre living being I am. Life! I am life! I am a sea of water bound inside this membranous pouch. Here, in this form, I am a conscious mind and this body is the vehicle through which I am ALIVE! I am trillions of cells sharing a common mind. I am here, now, thriving as life. Wow! What an unfathomable concept! I am cellular life, no — I am molecular life with manual dexterity and a cognitive mind!”

Taylor’s stroke recovery meant rebuilding her life. This is where it started — with, you might say, her sudden, visceral awareness of the miracle of being. Somehow we need to expand this awareness into the story of who we are: the story at the core of the future we’re building.

Robert Koehler is an award-winning, Chicago-based journalist and nationally syndicated writer. His new book, Courage Grows Strong at the Wound is now available. Contact him at koehlercw@gmail.com or visit his website at commonwonders.com.