It’s Time: Why the Department of Justice Must Investigate Exxon 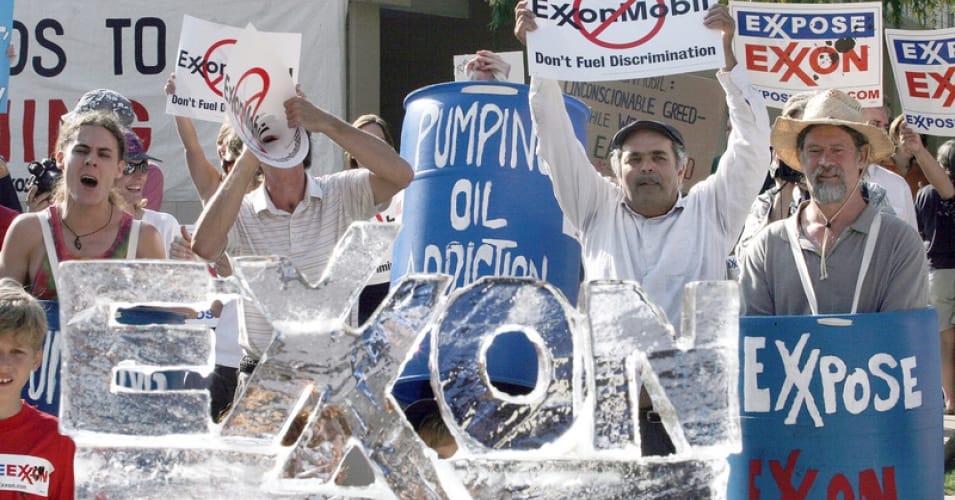 This has been a tough few months for Exxon, the global oil giant currently worth a dizzying $314.7 billion, and which may have been involved in an elaborate cover-up of the risks of climate change.

First, came the investigative news report by InsideClimate News. Next, the Los Angeles Times published its own report. Both revealed that ExxonMobil knew as early as 1977 that humans were influencing the global climate through carbon dioxide release from burning fossil fuels. In the decades since the company’s own experts confirmed the gravity of climate change and the consequences of ignoring it, Exxon has spent millions funding outside groups that actively deny climate change, including the American Legislative Exchange Council of which Exxon is a current member.

Then, in early November, New York Attorney General Eric Schneiderman delivered a major blow by publicly confirming an investigation into Exxon’s climate denial history with a subpoena to turn over documents by December 4.

And just last week, the Philippines Commission on Human Rights announced another investigation into Exxon and 49 other big polluters following a complaint submitted by Greenpeace Southeast Asia, disaster survivors, and community organizations. The investigation will look into the responsibility of these companies for human rights impacts resulting from climate change impacts, such as extreme weather events. Chevron, BP, Royal Dutch Shell, ConocoPhillips and other big polluters are subject to the investigation, the first of its kind in the world.

Members of Congress and Presidential candidates — including Hillary Clinton, who has received money from Exxon lobbyists — have joined the environmental community in demanding a Department of Justice investigation. Even Secretary of State John Kerry called for an investigation in a recent Rolling Stone interview and compared the Exxon potential wrongdoing to the tobacco industry’s public denial of the link between cancer and smoking cigarettes.

Sharon Eubanks, who led the Department of Justice litigation team and won the case against the tobacco industry in 2006, claims that the same legal statute the DOJ used in the tobacco litigation could be used in a broad case against Exxon and other companies, trade associations and think thanks — the federal Racketeer Influenced and Corrupt Organizations Act (RICO).

But the deadline for Exxon’s subpoena from the New York attorney general has passed with no news of where the Exxon case stands and apparently no penalties. Greenpeace has been in contact with the attorney general’s office, which has so far declined to comment on the matter.

When it comes to an issue as urgent and globally imperative as climate change, the last thing anyone has is more time.

Considering the bizarre climate denial political context in which we are operating — cue Senator Ted Cruz’s “climate” hearing yesterday which included more fossil-fuel funded climate deniers than respected climate scientists — no one, including the New York Attorney General, should cater to an oil company’s timeline.

Exxon has already cost us decades in meaningful climate action and does not deserve one more day. The Department of Justice should open a federal investigation immediately and hold the company legally accountable for misleading the public, lawmakers, and investors about the impacts of climate change.

A DOJ investigation should be broad and look into the role of other fossil fuel companies, trade associations, and think tanks in sowing doubt about the risks of climate change. It’s been documented that big polluters, like Chevron, have been involved in spreading disinformation on climate science and action. These companies have funded or continue fund trade associations and think tanks to do the dirty work for them.

When billion dollar companies with unrestrained power and political influence manipulate public and investor understanding of an issue that impacts each and every one one of us — and is already taking global casualties,according to the World Health Organization — our chief law enforcers and the courts must step in and hold these companies responsible.

Cassady Sharp is a media officer at Greenpeace USA covering the Arctic, climate change and corporate influence over politics.