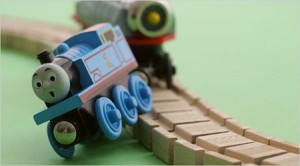 Here’s why it doesn’t matter that Fitch is threatening to downgrade the credit rating of the United States of America: The ratings agencies have no special information about America’s political system. No one really cares what they think.

Here’s why it does matter: Fitch is right. Does anyone really want to argue with this statement? “Although Fitch continues to believe that the debt ceiling will be raised soon, the political brinkmanship and reduced financing flexibility could increase the risk of a U.S. default.”

And before Fitch was right, S&P was right. In 2011, they downgraded America because “the effectiveness, stability, and predictability of American policymaking and political institutions have weakened at a time of ongoing fiscal and economic challenges.” Two years later, with sequestration slowing the economy and the government entering its third week of shutdown, does anyone want to argue with that analysis, either?

What you see with the Fitch and S&P calls is that the market price on the U.S. political system doesn’t reflect what market participants are coming to believe about it: that a once capable and reliable system is now dysfunctional and unpredictable.

That raises the possibility that a pivotal event could move markets dramatically because traders are prepared to believe, and to begin trading on, a much more pessimistic assessment of America’s political system. If everyone were moved to act on that belief simultaneously — by a debt-ceiling crisis, for example — the results could be earthshaking.

Gary Gorton, an economist who specializes in financial crises, put it crisply: “Financial markets can be wrong and they can be wrong in a big way because they don’t understand the situation and it only becomes clear ex-post.”

Spectacular crises aren’t the only way a political system can fail. A Congress that can’t avoid own-goals like sequestration, that can’t routinely legislate to address problems like aging infrastructure, and that misses opportunities like immigration reform will, over time, meaningfully harm the country’s growth prospects. And it will do so in a way that’s hard to notice, and thus hard to fix: People don’t much miss the three-tenths of a percentage point worth of growth they didn’t have that quarter. But compounded over time, it’s a disaster.

Crises can happen slowly, too. We can’t say we weren’t warned.