Israel Spied on Iran Talks, Gave Intel to US Lawmakers to Kill Deal 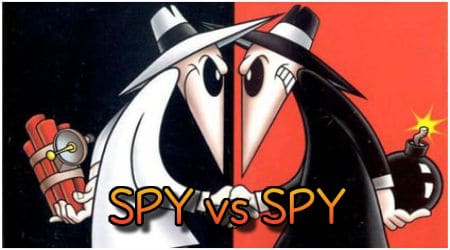 [Ed. Note: On Tuesday, 3/24/15, PPJC is sponsoring a live online discussion with Stanford Professor of Middle East History Joel Beinin. The topic is “Consequences of the Israeli Elections.” Register for the eForum today.]

The Israeli government secretly spied on high-level talks between the U.S., Iran, and other countries and attempted to sabotage the ongoing nuclear negotiations by serving captured information back to U.S. lawmakers opposed to a deal, the Wall Street Journal is reporting on Tuesday.

According to the WSJ:

The spying operation was part of a broader campaign by Israeli Prime Minister Benjamin Netanyahu’s government to penetrate the negotiations and then help build a case against the emerging terms of the deal, current and former U.S. officials said. In addition to eavesdropping, Israel acquired information from confidential U.S. briefings, informants and diplomatic contacts in Europe, the officials said.

The espionage didn’t upset the White House as much as Israel’s sharing of inside information with U.S. lawmakers and others to drain support from a high-stakes deal intended to limit Iran’s nuclear program, current and former officials said.

“It is one thing for the U.S. and Israel to spy on each other. It is another thing for Israel to steal U.S. secrets and play them back to U.S. legislators to undermine U.S. diplomacy,” said a senior U.S. official briefed on the matter.

Israeli officials on Tuesday quickly denied specific aspects of the reporting. “These allegations are utterly false,” a senior official in the Israeli Prime Minister’s office told CNN. “The state of Israel does not conduct espionage against the United States or Israel’s other allies.”

Officials made similar claims to the WSJ, but the newspaper stood by its reporting which it said was based on interviews with more than a dozen current and former U.S. and Israeli diplomats, intelligence officials, policy makers, and lawmakers.

That the U.S. and Israel routinely spy on one another is no secret. As the WSJ notes, citing remarks from U.S. officials, the “U.S. expends more counterintelligence resources fending off Israeli spy operations than any other close ally.”

But in this case, as noted, it was the act of supplying U.S. lawmakers with Israeli captured intelligence on the talks that appears to have most irked the White House and other officials.

According to the WSJ, “Israeli Ambassador Ron Dermer met with U.S. lawmakers and shared details on the Iran negotiations to warn about the terms of the deal” as a way to undermine the talks.

Mr. Dermer started lobbying U.S. lawmakers just before the U.S. and other powers signed an interim agreement with Iran in November 2013. Mr. Netanyahu and Mr. Dermer went to Congress after seeing they had little influence on the White House.

Before the interim deal was made public, Mr. Dermer gave lawmakers Israel’s analysis: The U.S. offer would dramatically undermine economic sanctions on Iran, according to congressional officials who took part.

After learning about the briefings, the White House dispatched senior officials to counter Mr. Dermer. The officials told lawmakers that Israel’s analysis exaggerated the sanctions relief by as much as 10 times, meeting participants said.

Despite repeated attempts by the Israeli government and their allies in the U.S. Congress to derail nuclear talks between Iran and the P5+1 nations, those talks continue to make progress as foreign ministers remain under active negotiations in Switzerland this week.