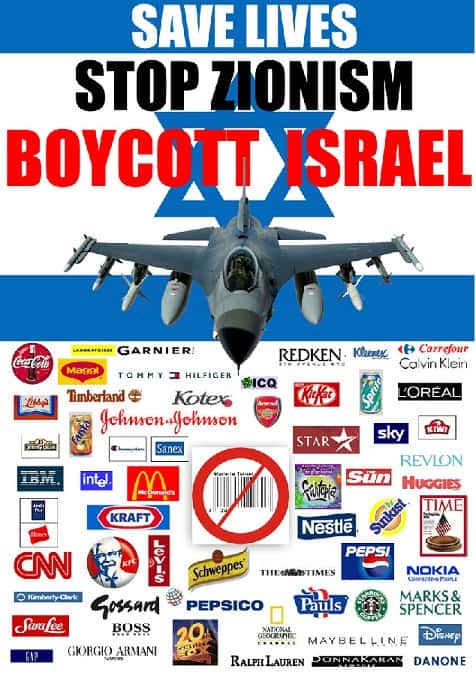 Who will hold Israel accountable?

The answer, so far, is no one. But on this rare trip to the U.S., I am seeing signs that suggest the dam is breaking. The cracks in the dam are coming from civil society, and with it will follow a tidal wave of grassroots support for Palestinian freedom.

The Israeli government is going to unprecedented lengths to destroy and silence opposition to Israel’s oppressive and racist policies against Palestinians. This ranges from the Israeli government’s shoot to kill policy that has taken the lives of over 200 Palestinians since the beginning of October 2015, to actions aimed at silencing both Israeli and Palestinian civil society and human rights organizations. Personal threats against the lives of Palestinian human rights defenders have been issued, as well as against supporters of the global anti-occupation movement supporting Boycott, Divestment, and Sanctions (BDS) as a tool for achieving Palestinian freedom, justice, and equal rights.

To describe what is happening in Israel today as fascism is not hyperbole.

These extreme measures come in the context of nearly 50 years of Israeli occupation for an illegal colonial enterprise, where nearly every aspect of Palestinian lives has been controlled.

Israel’s culture of impunity creates an environment where not only are those who resist targeted, but also those who simply exist. The mere presence of Bedouins in ‘prime’ territory is deemed such a threat to the security of the state of Israel that their homes have been demolished and they have been displaced at alarming and unprecedented rates. Hanan Al Hroub, the Palestinian teacher who won the 2016 Global Teacher’s Prize and was named the best teacher in the world, is now being threatened by an Israeli campaign to strip her of this title.

With official representatives of states and the “international community” sitting idly on the sidelines, non-governmental organizations and broad-based civil society groups have to step up to challenge Israeli discrimination and occupation.

For years, Al-Haq and other civil society organizations have worked tirelessly to hold Israel accountable for its violations of Palestinian human rights and international law. And like other defenders of human rights, Al-Haq has a storied history of being subjected to intimidation, threats, and attacks by third parties seeking to undermine our work. Al-Haq’s office has been raided, our field researchers have been detained, cumulatively for years, while doing their job, and I was subjected to an arbitrary travel ban for more than six years.

Over the last few months, Al-Haq has come under a defamatory smear campaign by unknown sources, which culminated in death threats directed at myself and another Al-Haq colleague. We believe that those behind the campaign are trying to send us a strong signal that we have crossed a red line by working at the level of the International Criminal Court to hold Israel accountable for decades of international law violations.

These threats do not deter us. To the contrary, they propel us to move forward and signify that we have been successful in working toward our mission to end the Israeli occupation and promote and protect Palestinian human rights.

The Israeli government has played a lead role in vilifying civil society organizations. In October of 2015, Israeli Justice Minister Ayelet Shaked, in meetings with foreign counterparts, attempted to link Al-Haq with terrorism and demanded that European countries cease funding the organization.

We are not alone in coming under such attack. The Israeli Defense Minister Moshe Ya’alon called the director of the Israeli organization Breaking the Silence a traitor, and her grandparents received calls defaming her.

The movement to end the occupation through support of BDS has also come under attack. Modeled after the campaign that played an important role in bringing an end to apartheid in South Africa, BDS supporters have been working for over a decade to achieve freedom, justice, and equality for Palestinians, advocating for Palestinian human rights across the globe. As the movement has gained momentum, so too have the parties that seek to undermine its work. Supporters of BDS have been labeled “delegitimizers” and numerous anti-boycott laws have passed in Israel — and even in state legislatures in the United States in open defiance of your First Amendment.

These threats have become personal. During a recent conference in Jerusalem on combating BDS, Israeli Intelligence Minister Yisrael Katz incited violence against supporters of BDS, using language that suggested their “civil targeted killing.” While the Minister went on to say that Israel will combat BDS with everything at its disposal but stopped short of including physical harm, given the tense and increasingly racist political climate, defenders of Palestinian human rights would be imprudent not to take these threats seriously.

Israel is also not alone. Its efforts to silence defenders of Palestinian human rights have been bolstered and supported in the United States (including by some U.S. academic institutions) and several European Union (EU) member states. France has effectively criminalized boycott as “hate speech,” and the United Kingdom issued guidelines banning public bodies from engaging in boycott. The United States Congress is considering the Combating BDS Act of 2016, which seeks to authorize state and local governments to divest assets from, and prohibit investment in, any entity that “engages in a commerce or investment-related boycott, divestment or sanctions activity targeting Israel.” Notably, that draft legislation extends its reach to BDS-actions targeting business operations in “Israeli-controlled territories” — meaning the Israeli settlements in the West Bank including East Jerusalem, which are recognized as illegal under international law, and as illegitimate by the U.S.

Instead of observing their international legal obligations to hold Israel accountable for violations of human rights, the United States and members of the EU are chilling, punishing, and criminalizing what is protected political speech and one of the most effective non-violent tools available to Palestinians to combat the occupation.

Despite these actions, the recent call for an investigation into Israeli human rights violations by several members of the United States House of Representatives provides a glimmer of hope.

So, who will hold Israel accountable? As a civil society organization, we will continue to fight for an end to the occupation, and freedom, justice, and equality for all Palestinians, but the international community — and particularly grassroots American supporters of Palestinian freedom — will also play an important role.

Shawan Jabarin is director of Al-Haq, the oldest Palestinian human rights organization based in Ramallah. He is currently in the US on a Center for Constitutional Rights-sponsored trip with Raji Sourani, director of the Palestinian Centre for Human Rights (PCHR) in Gaza.