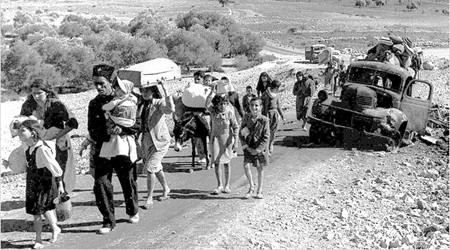 The Egyptians appear to have floated their cease-fire agreement Tuesday morning in the press, and Hamas insisted any such proposal had to be communicated directly with them. As a result, an Israeli spokesman alleged, Hamas continued to fire rockets into Israel, with an Israeli man being killed by one (the only Israeli killed in the current conflict). Over 200 Palestinians have been killed in Gaza by Israeli bombs since the current round of hostilities began a week ago.

The fact is that the Palestinians were not very enthusiastic about a mere cease-fire, and most had reason to distrust the current Egyptian government. The Egyptian proposal did little to address Palestinian grievances and only offered a temporary relief from Israeli bombing. The Palestinians of Gaza want the kind of settlement that will end the indignities and hardships imposed on them by Israel.

Ironically, it is a more thoroughgoing peace agreement that would most benefit Israel, as well.

After WW I, the victors treated Germany as a criminal at the Versailles Peace Conference. Harsh retribution was imposed on Germany and the country was humiliated and economically disadvantaged.

As a result, Germany re-armed in the 1930s and launched another world war.

After World War II finally ended, the US and its close allies treated Germany very differently. It was allowed to emerge in the West as a prosperous democracy. Former Nazis with no blood on their hands were rehabilitated for government service.

Recent supporting examples include the wretched way the victorious US and its Shiite allies treated Sunni Arab Iraqis. This caused another war, the great ‘Islamic State’ War of 2014.

The Israeli treatment of the Palestinian people in 1948-49, 1967, and ever after is has been Versailles on steroids– punitive, vindictive and inhumane. Nor did the Palestinians even bear the kind of guilt for the outbreak of hostilities that Imperial Germany did in 1914 or the National Socialists did in 1939. The point of the analogy is not the guilt or innocence of parties to conflict but how to win the after-war.

The Israeli treatment of the Palestinians is wretched, and of course it causes further wars.

If anyone wanted the wars to stop, they’d adopt the policies of the FDRs and Eisenhowers toward the defeated enemy.

Palestinians in Gaza should be paid billions in reparation for the land and homes they lost in southern Israel in 1947-48.

The ban on Palestinian exports must be lifted.

The ban on importation of building materials must be lifted.

Gaza’s water crisis must be resolved.

Gaza’s electricity generation should be shifted to solar energy with international aid.

Could taking these steps start the process of getting a humane government for Gaza and of reaching genuine peace terms with Israel? Historical experience shows that magnanimity toward defeated populations has some chance of leading to peace, whereas vengeful and invidious policies toward the vanquished generally lead to further wars and conflict.