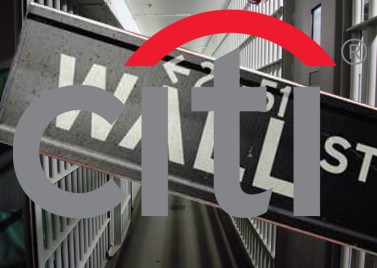 Media outlets across the country trumpeted the stunning news with headlines like this: “Citigroup Punished.”

At last, went the storyline, the Justice Department brought down the hammer on one of the greed-headed Wall Street giants that are guilty of massive mortgage frauds that crashed our economy six years ago. While millions of ordinary Americans lost homes, jobs, and businesses — and still haven’t recovered — the finagling bankers were promptly bailed out by Washington and continue to get multimillion-dollar bonuses. So, hitting Citigroup with $7 billion in penalties for its role in the calamitous scandal is a real blow for justice!

Well, sort of. Actually … not so much. While seven billion bucks is more than a slap on the wrist, it pales in contrast to the egregious nature of Citigroup’s crime and the extent of the horrendous damage done by the bankers. In fact, when it announced the settlement, the Justice Department itself pointed out that Citigroup’s fraudulent acts “shattered lives.”

For most of us, paying billions is impossible to imagine, much less do. But this is a Wall Street colossus with $76 billion in revenue last year alone. It rakes in enough profit in six months to more than cover this “punishment.” Also, the bank will get to deduct 40 percent of the penalty from its income tax. Then there’s this little number that the prosecutors failed to mention when they announced the settlement: Citigroup’s taxpayer bailout in 2008 was $45 billion — six times more than it is now having to pay back!

Even by Wall Street standards, pulling a 600 percent profit from grand larceny is a pretty sweet deal. One clear indicator that this “punishment” is way too light is that on the same day it was announced, jubilant Wall Street investors jacked up Citigroup’s stock price by 3.6 percent.

So it was no surprise then, when Wall Street wrongdoer Citigroup accepted what the media hailed as a whopping $7-billion penalty for defrauding its own investors and wrecking our economy, that the bank’s CEO just shrugged, saying: “We believe that this settlement is in the best interest of our shareholders and allows us to move forward and to focus on the future.”

Note the lack of any regret, apology or shame for the bankers’ wrongdoings that’ll cost Citigroup shareholders a sizeable chunk of change. And note especially the total absence of any pledge that the bankers won’t do it again. So much for a $7 billion penalty being a deterrent to Wall Street finagling.

One reason he could be so blase is that our Justice Department’s prosecutors filed no criminal charges in Citigroup’s blatant, gargantuan theft — not against the bank itself, nor against any of the bankers who plotted, executed and profited from the theft. They certainly had evidence of criminal fraud — in one internal email, a Citigroup executive essentially admitted that the package of loans sold to investors as solid, were in fact crap: “(I) think we should start praying,” he wrote to his higher ups, “I would not be surprised if half of these loans went down.” But the bank peddled the packages anyway.

Another reason the chief wasn’t fazed by the government’s big fine is that neither he — nor any Citigrouper — would personally pay a penny of it. Rather, the tab would be handed to the bank’s shareholders.

Justice Department honchos proudly held a press conference announcing their “punishment” of Citigroup. Missing entirely from this public display, however, was the aforementioned Citigroup CEO or any of the bank’s executives who participated in the fraud. If they don’t go to jail and don’t pay a dime — shouldn’t they at least have to show up and have their pictures in the paper and on TV? At minimum, let’s start publicly shaming these Wall Street thieves.

Jim Hightower is a national radio commentator, writer, public speaker, and author of the new book, “Swim Against the Current: Even a Dead Fish Can Go With the Flow.” (Wiley, March 2008) He publishes the monthly “Hightower Lowdown,” co-edited by Phillip Frazer.
banking, class war, corporate crime, Economic Justice
0 Events loaded