Intifada for Dummies: Why Is a Popular Uprising Yet to Take Off? 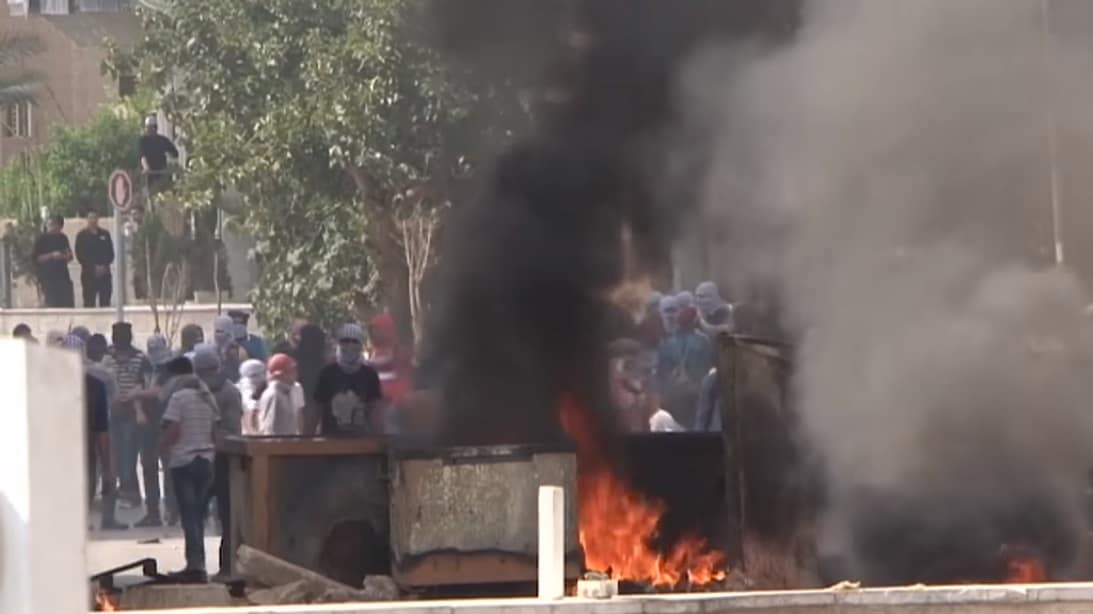 Whether history moves in a straight or cyclical line, it matters little. The uncontested fact is that it is in constant motion. Thus, the current situation in Palestine is particularly frustrating to a generation that has grown up after the Oslo Peace Accord because they have been brought up within a strange historical phenomenon: where the earth below their feet keeps shrinking and when time stands still.

The nature of the current uprising in the West Bank and East Jerusalem is a testament to that claim. Previous uprisings were massive in their mobilization, clear in their message and decisive in their delivery. Their success or failure is not the point of this discussion, but the fact is that they were willed by the people and, within days, they imprinted themselves on the collective consciousness of Palestinians everywhere.

The current uprising is different; so different, in fact, that many are still hesitating to call it an ‘intifada’; as if intifadas are the outcome of some clear-cut science, an exact formula of blood and popular participation that must be fully satisfied before a eureka moment is announced by some political commentator.

It is different, nonetheless, for there is yet to be a clear sense of direction, a leadership, a political platform, demands, expectations and short and long term strategies. At least that is how the 1987-93 Intifada played out and, to a lesser extent, the 2000-05 al-Aqsa Intifada as well. But is it not possible that the outcomes of these previous intifadas is what is making the current uprising different?

The first Intifada metamorphosed into a worthless peace process which eventually led to the signing of the Oslo Accords in 1993. A year later, the Palestinian leadership of the PLO was reproduced into the emasculated form of the Palestinian Authority (PA). Since then, the latter has served largely as a conduit for the Israeli Occupation.

The second Intifada had less success than the first. It quickly turned into an armed rebellion, thus marginalizing the popular component of the revolt which is required to cement the collective identity of Palestinians, forcing them to overcome their division and unify behind a single flag and a distinct chant.

This Intifada was crushed by a brutal Israeli army; hundreds were assassinated and thousands were killed in protests and clashes with Israeli soldiers. It was a watershed moment in the relationship between the Israeli government and the Palestinian leadership in Ramallah, and between the Palestinian factions themselves.

The late PLO leader, Yasser Arafat, was held hostage by the Israeli army in his Ramallah headquarters. The soldiers taunted him in his office, while blocking his movement for years. Finally, he was slowly poisoned and died in 2004.

Israel then went through the painstaking effort of revamping the PA leadership, flushing out the nonconformists – through murder and imprisonment – and allowing the so-called moderates to operate but, even then, under very strict conditions.

Mahmoud Abbas was elected President of the PA in 2005. His greatest achievements include the cracking down on civil society organizations, ensuring total loyalty towards him: personally, and towards his branch within the Fatah faction. Under Abbas, there has been no revolutionary model for change, no ‘national project’; in fact, no clear definition of nationhood, to begin with.

The Palestinian nation became whatever Abbas wanted it to be. It consisted, largely, of West Bank Palestinians, living mostly in Area A, loyal to Fatah and hungry for international handouts. The more the Abbas nation agreed to play along, the more money they were allowed to rake in.

In 2006, this fragmentation became absolute. Many will recall that period of discord when Hamas was allocated majority of the seats in the Palestinian Legislative Council (PLC); but the conflict, which resulted in the violent summer of 2007, had little to do with democracy. The paradigm – of endless ‘peace talks’, generous donors’ money, growing illegal Jewish settlements, etc. – suited both Abbas and the Israelis very well. No one, Hamas especially, were to be allowed to impose a paradigm shift.

Until October of last year, when the current uprising slowly began building momentum, the situation on the ground seemed at a standstill. In the West Bank, Occupation was slowly normalized in accordance to the formula: occupation and illegal settlements in exchange for money and silence.

Gaza, on the other hand, stood as a model for barbarity, regularly meted out by Israel as a reminder to those in the West Bank that the price of revolt is besiegement, hunger, destruction and death.

It is against this backdrop of misery, humiliation, fear, oppression and corruption that Palestinians arose. They were mostly young people born after Oslo, became politically conscious after the Fatah-Hamas clash, raised in the conflicting worlds of their own leadership co-existing with the Occupation, on one hand, and clashing with other Palestinians on the other.

These youth, however, never perceived Occupation to be normal; never came to terms with the fact that the earth beneath their feet kept shrinking while illegal, massive Jewish cities kept on being erected upon their land; true, they learned to navigate their way across the checkpoints, but never assented to the superiority of their occupier. They abhorred disunity; rejected identity politics and factionalism; never understood why Gaza was being disowned and slowly slaughtered.

This is a generation that is the most educated, yet; most politically savvy and, thanks to the huge leaps in digital media technology, is the most connected and informed of the world around it.  The ambitions of these youth are huge, but their opportunities are so limited; their earth has shrunk to the size of a single-file queue before an Israeli military checkpoint, where they are corralled on their way to school, to work and back home. And, like the Israelis who shot at anyone who dared to protest, Abbas imprisons those who attempted to do so.

It is a generation that simply cannot breathe.

The current Intifada is an expression of that dichotomy, of a generation that is so eager to break free, to define itself, to liberate its land, yet resisted by an Old Guard unremittingly holding on so tight to the few perks and dollars they receive in the form of allotments every month.

History must remain in constant motion, and the last six months have been the attempt of an entire generation to move the wheels of history forward, despite a hundred obstacles and a thousand checkpoints.

This might be the most difficult Intifada yet; for never before did Palestinians find themselves so leaderless, yet so ready to break free. The outcome of this tension, will not only define this whole generation, as it defined my generation of the 1987 Intifada, but it will define the future of Palestine altogether.

Ramzy Baroud (www.ramzybaroud.net) is an author and editor ofPalestineChronicle.com. His work has been published in many newspapers, journals and anthologies around the world. His is the author of The Second Palestinian Intifada: A Chronicle of a People’s Struggle (Pluto Press, London). His latest book is My Father Was a Freedom Fighter: Gaza’s Untold Story (Pluto Press, London).