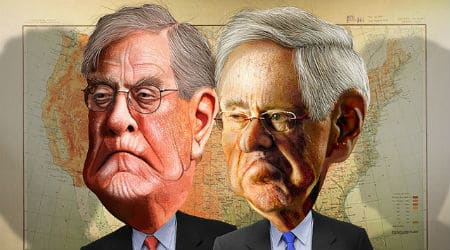 The Trump administration clearly cares only about appeasing oil companies, no matter its legal obligations or the threats to our planet.

President-elect Donald Trump raised eyebrows late last year when he named the head of an obscure right-wing think tank, with close ties to petrochemical billionaires Charles and David Koch, to lead his energy transition team. Since then, officials from the Institute for Energy Research (IER) have been appointed to high-level positions at the Department of Energy where they are playing major roles in implementing pro-fossil fuel, anti-renewable energy policies. CONTINUE READING

“An oil spill here would do incredible damage, and it’d be impossible to clean up,” said Kristen Monsell, an attorney with the Center for Biological Diversity. “The Trump administration clearly cares only about appeasing oil companies, no matter its legal obligations or the threats to polar bears or our planet.” CONTINUE READING