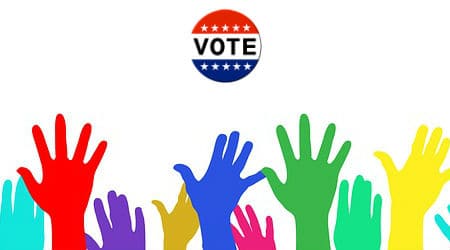 Denver saw a 2,150 percent increase in voters canceling their registrations. This is a stark example of the damage this commission is doing. And it’s only going to get worse.

Before the commission has even held a single in-person meeting, its work has been an unmitigated disaster. Yet it’s already having a devastating impact on voting rights—which may have been exactly what Kobach and company wanted.

In the days following Kobach’s request for voter data, election offices in states like Arizona, Colorado, Florida, and North Carolina have been deluged by angry voters seeking to un-register to vote. CONTINUE READING

After the civil rights movement ended poll taxes, literacy tests, and the white vigilantism that kept African Americans from the polls, states began to look for new ways to stop minorities from voting. One common and effective tactic was to create registration deadlines weeks before elections. Another was to force voters to confirm their registration or be removed from the rolls. Some states purged voters who didn’t cast a ballot for a certain period of time, sometimes as little as two years. Each of these policies, which were most common in the South, adversely affected minority voters, who tend to move more frequently and vote less regularly. CONTINUE READING

The American Civil Liberties Union filed a lawsuit on Monday against President Donald Trump’s commission on so-called “voter fraud,” arguing the controversial panel has operated under a level of secrecy that violates federal law.

“The commission held its first meeting without notice or making it open to the public,” said Theresa Lee, a staff attorney with the ACLU’s Voting Rights Project. “This process is cloaked in secrecy, raising serious concerns about its credibility and intent. What are they trying to hide?” CONTINUE READING