It’s now much easier to imagine major trading partners responding to a Paris pullout by imposing penalties on U.S. goods, particularly those with a high carbon footprint 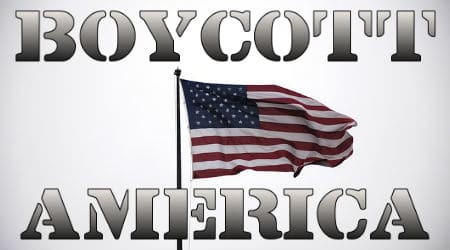 And if Trump does indeed pull the U.S. out of Paris, Americans should prepare themselves for the possibility that other countries will impose trade and economic sanctions on the United States. This idea is gaining traction quickly, especially because Trump has been so quick to threaten economic retaliation against anyone who doesn’t follow his America-first dictates. It’s now much easier to imagine major trading partners responding to a Paris pullout by imposing penalties on U.S. goods, particularly those with a high carbon footprint. CONTINUE READING

Renouncing American commitments on climate is likely the death knell of the long American century stretching from the US entry into WW I in 1917 to its centenary today. It was a good run, but maybe electing Trump created a reverse snowball effect. CONTINUE READING

Oliver Milman, The Guardian: Paris climate deal: frustrated world leaders prepare to move on without US

“Wanting the US to remain is a short-sighted, knee-jerk reaction,” said Luke Kemp, an expert in international environmental policy at the Australian National University. “The international community should be much more worried about the real domestic actions of the US, rather than whether it is symbolically cooperating internationally.” CONTINUE READING