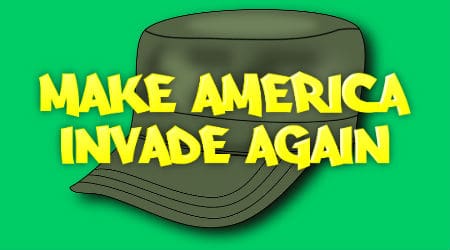 “WE ARE NOT winning in Afghanistan right now. And we will correct this as soon as possible,” Secretary of Defense James Mattis told lawmarkers in Washington this past week.

No, we won’t. The White House this week decided to allow the Pentagon to set its own troop levels to get the job done. But it won’t matter.

We have lost the war in Afghanistan. CONTINUE READING

When it comes to the actual life­ and ­death responsibilities of the commander in chief — overseeing America’s vast war machine and sending men and women into conflict — Mr. Trump seems more like the delegator in chief. The latest evidence was his decision this week to give Defense Secretary Jim Mattis the authority to determine troop levels in Afghanistan, which could lead to an increase of as many as 5,000 troops, if proposals favored by Mr. Mattis and his generals go forward. CONTINUE READING

The Pentagon will send nearly 4,000 additional troops to Afghanistan in an effort to turn around a war that commanders have described as a stalemate, the Associated Press reported Thursday.

Earlier this week, President Trump provided his defense secretary, Jim Mattis, with the authority to determine troop levels in Afghanistan.

The AP cited a Trump administration source who was not authorized to discuss the decision publicly and said the decision could be announced as early as next week. CONTINUE READING