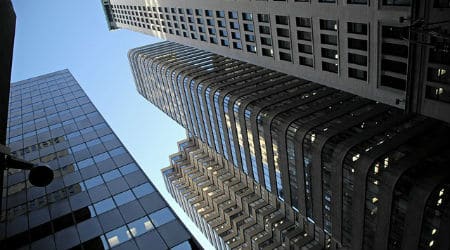 “The effects of the crime are undetectable,” the legendary social critic Noam Chomsky says of the alleged Russian meddling, “unlike the massive effects of interference by corporate power and private wealth.”

That’s worth dwelling on.

Many leading liberals suspect, now with a little more evidence, that Trump worked with Russia to win his election. But we’ve long known that huge corporations and wealthy individuals threw their weight behind the billionaire. CONTINUE READING

George Yancy interviews Noam Chomsky, New York Times: On Trump and the State of the Union

Extensive political science research, notably the work of Thomas Ferguson, has shown convincingly that elections are pretty much bought. For example, campaign spending alone is a remarkably good predictor of electoral success, and support of corporate power and private wealth is a virtual prerequisite even for participation in the political arena. CONTINUE READING

Senate Republicans have removed two of their health bill’s many regressive tax cuts — those repealing the so-called Medicare taxes (the additional 0.9 percent Hospital Insurance payroll tax on high-income people and the 3.8 percent tax on unearned income) — to address concerns that the bill favors the wealthy. “It’s not an acceptable proposition to have a bill that increases the burden on lower-income citizens and lessens the burden on wealthy citizens,” Senator Bob Corker has stated. But even with that change, the bill would fail Corker’s standard. It would still include nearly $400 billion in tax cuts overwhelmingly for high-income households and corporations, including new tax cuts for Health Savings Accounts favoring the wealthy. The core of the bill would remain tax cuts for the wealthy and corporations that are financed by cutting assistance to help millions of low- and moderate-income families afford health coverage and care. CONTINUE READING