While Washington is fixated on President Trump’s tweets, antics, lies and Russiagate, the administration is ramping up a stealth escalation of our military involvement across the Middle East 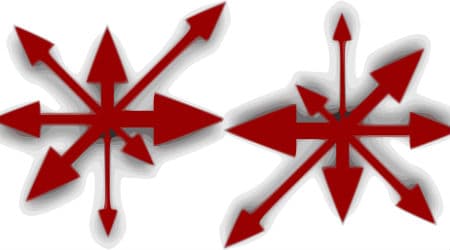 The reality is that we are headed into more war without public support, without a sensible strategy or a clear purpose. Americans are tired of wars without end. The response is to fight wars on the quiet: substituting technology for troops to lower our casualties. What is needed now is not a blank check but public hearings that will expose the increasingly dangerous reality to the American people. We don’t need a rubber-stamp Congress. We need someone with a backbone to stand up as Sen. J. William Fulbright (D-Ark.) did in 1966, convening hearings that exposed the folly in Vietnam and explored ways to bring the conflict to an end. Where is the Republican Fulbright of today who will question our current course before it is too late? CONTINUE READING

The Trump administration may be gearing up for another military strike against Syrian President Bashar al-Assad’s military. Late in the day on Monday, the White House released the following statement:

As we have previously stated, the United States is in Syria to eliminate the Islamic of Iraq and Syria. If, however, Mr. Assad conducts another mass murder attack using chemical weapons, he and his military will pay a heavy price.

It would make little sense for Assad to invite another U.S. military response like the Shayrat strike. That strike resulted in some of the Trump administration’s most favorable media coverage to date. With the administration still mired in the Russia scandal and Trump’s approval rating threatening to reach new lows, it may be reasonable to ask whether it’s looking for a reason to launch another attack. CONTINUE READING

John Feffer, Foreign Policy in Focus: All Signs from Trump Point to a Coming Conflict with Iran

The escalation of U.S. military actions against the Syria government is… well, do I really need to spell this out any further? CONTINUE READING