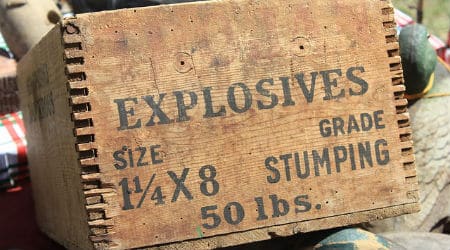 Maybe like Samson chained to the pillars, Trump just wants to bring Obamacare’s whole structure tumbling down, even if it might kill his presidency, too. With this White House, you never know.

Jordan Weissman, Slate: Trump May Try to Deal a Death Blow to Obamacare This Week

With Obamacare repeal dead in Congress for the time being, the White House is signaling that it may step up efforts to sabotage the law this week—and possibly throw insurance markets into chaos in the process.

The rumblings began with a Saturday afternoon tweet from President Trump, in which he suggested that, after months of toying with the idea, he might finally follow through on a threat to end crucial subsidies to insurers, known as cost-sharing reduction payments. Of course, he didn’t use that exact language. CONTINUE READING

President Donald Trump’s threat to stop billions of dollars in government payments to insurers and force the collapse of “Obamacare” could put the government in a tricky legal situation.

Legal experts say he’d be handing insurers a solid court case, while undermining his own leverage to compel Democrats to negotiate, especially if premiums jump by 20 percent as expected after such a move.

“Trump thinks he’s holding all the cards. But Democrats know what’s in his hand, and he’s got a pair of twos,” said University of Michigan law professor Nicholas Bagley. Democrats “aren’t about to agree to dismantle the Affordable Care Act just because Trump makes a reckless bet.” CONTINUE READING