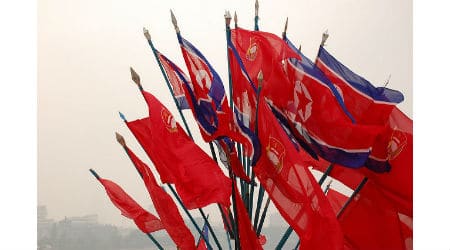 The simple fact is that Pyongyang would have no nuclear weapons if Clinton’s agreements had been sustained.

Bruce Cumings, The Nation: This Is What’s Really Behind North Korea’s Nuclear Provocations

Secretary of State Rex Tillerson asserted that North Korea has a history of violating one agreement after another; in fact, President Bill Clinton got it to freeze its plutonium production for eight years (1994–2002) and, in October 2000, had indirectly worked out a deal to buy all of its medium- and long-range missiles. Clinton also signed an agreement with Gen. Jo Myong-rok stating that henceforth, neither country would bear “hostile intent” toward the other.

The Bush administration promptly ignored both agreements and set out to destroy the 1994 freeze. Bush’s invasion of Iraq is rightly seen as a world-historical catastrophe, but next in line would be placing North Korea in his “axis of evil” and, in September 2002, announcing his “preemptive” doctrine directed at Iraq and North Korea, among others. The simple fact is that Pyongyang would have no nuclear weapons if Clinton’s agreements had been sustained. CONTINUE READING

As North Korea’s military capabilities have grown over the last six months, Trump has neglected to announce a new, concrete strategy for dealing with North Korea. One thing he has done, however, may have more dangerous strategic consequences for the US: his bungling North Korea strategy has helped pushed Beijing closer to Moscow. CONTINUE READING

Phillip Bump, Washington Post: Trump has never had a plan for dealing with North Korea

The president’s current conundrum is twofold. First, there’s no easy solution. Second, Trump promised that there was one. Had his policy been crafted by a team other than Fox’s early-morning talk show hosts, that second problem might not exist. CONTINUE READING

Mark Bowden, The Atlantic: How to Deal With North Korea: There are no good options. But some are worse than others.

Trump’s assertion of “America First” would seem to provide a rationale for drastic action regardless of the consequences to South Koreans, Japanese, and other people in the area. By Trumpian logic, the cost of all-out war might be acceptable if the war remains on the other side of the world—a thought that ought to keep South Koreans and Japanese up at night. The definition of “acceptable losses” depends heavily on whose population is doing the dying. CONTINUE READING