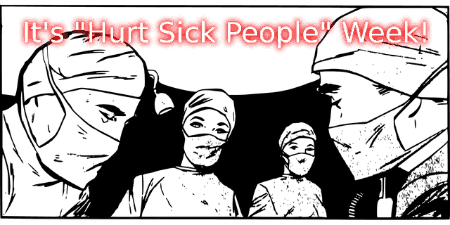 The Republicans are having trouble agreeing on the exact method to punish the sick. The devil is in the details, and they have a whole party of them working on those details.

Tom Toles, Washington Post: The Republicans are dismayed that they are unable to coordinate on hurting people

In 2017, many Americans start their day by calling their senators and begging them not to take away their healthcare. Others show up at government offices or on the street. It’s stressful and ocassionally demeaning, but unfortunately, as Paul Krugman reminds us in his Monday column, we can’t stop now. The Republican attempt to repeal Obamacare is alive and well, and the GOP could use media appetite for Russian collusion (and a constitutional crisis) as cover to destory healthcare. CONTINUE READING

With grassroots support for Medicare for All experiencing an unprecedented surge in the face of Republican efforts to leave 22 million more Americans without health insurance, Our Revolution and dozens of other progressive organizations are set to march on Monday to demand that lawmakers back legislation that would guarantee healthcare for all.

Thousands are expected to turn out for the march, which will take place midday in the nation’s capital as Senate Republicans are gearing up to move forward with their plan to repeal Obamacare. CONTINUE READING