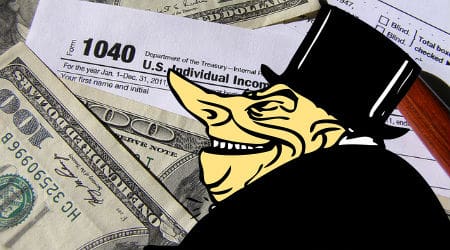 The plan reads like the jumble of ideas you might expect a table of slightly inebriated Chamber of Commerce types to shout out when polled for their tax reform suggestions.

Edward Kleinbard, Vox: The Republican tax “plan” is a deficit-busting mess. And it would slash the president’s taxes.

Here is what you need to know about the Republican tax plan released Wednesday: It’s not a tax reform plan at all.

It is a sketch of an outline of a preliminary notion of a tax cut for some — and a tax hike for others. The components read like the jumble of ideas you might expect a table of slightly inebriated Chamber of Commerce types to shout out when polled for their tax reform suggestions. CONTINUE READING

Jordan Weissmann, Slate: Trump’s Tax Plan Is a Pointless Gift to the Wealthy

Any good a corporate tax cut might do for the economy also needs to be judged against other ways that money could be spent. Republicans have agreed on a budget that would leave room for $1.5 trillion in cuts. Would you rather spend that money boosting Goldman Sachs’ and General Motors’ bottom line, in the faint hope that some of that cash eventually trickles down? Or would it be better spent rebuilding our roads and public transit, funding a reasonable health care system, or bringing down college costs? Do I even really need to ask that question? CONTINUE READING

The biggest deduction on the chopping block is the state and local tax deduction, which enables Californians to subtract those tax payments from their income before calculating how much they owe the IRS. In 2015, federal data shows that more than 6 million people in the Golden State claimed the deduction, worth $112.5 billion. That’s more than any other state. CONTINUE READING