Intel Report: The mobilization of a long-term grassroots movement 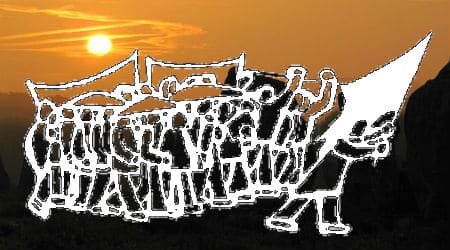 This is not just a one-time, resist-and-dump Trump campaign we’re undertaking, but the mobilization of a long-term grassroots movement …

Jim Hightower, Common Dreams: To Have A People’s Government, We The People Must Build It

So, it’s time to get to work. This is not just a one-time, resist-and-dump Trump campaign we’re undertaking, but the mobilization of a long-term grassroots movement to reject the systemic corporate takeover of our elections and government at every level, from our local school boards to our White House. Simply ousting Trump won’t do that.

The troubles that Trump has encountered in office, far from diminishing the protest movement, have only encouraged it—and for good reason. If the past three months have demonstrated anything, it is that, even in a political system tainted by money and influence-peddling, political participation does matter. Federal officials, judges, Democratic and Republican congressmen, even Trump himself—they all pay attention to public activism and public opinion.

The March for Science, a demonstration modeled in part on January’s huge Women’s March, will inundate Washington DC’s national mall with a jumble of marine biologists, birdwatchers, climate researchers and others enraged by what they see as an assault by Trump’s administration upon evidence-based thinking and scientists themselves.