This is the most damaging part of the lack of public discourse around the Republican repeal efforts: There are millions of real lives at stake that could be hurt 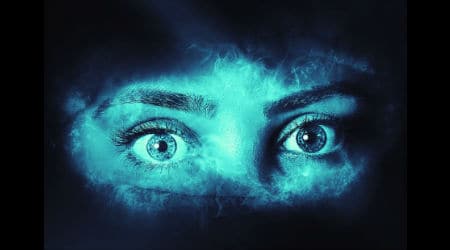 Republicans do not want the country to know what is in their health care bill.

This has become more evident each day, as the Senate plots out a secretive path toward Obamacare repeal — and top White House officials (including the president) consistently lie about what the House bill actually does.

There was even a brief moment Tuesday where Senate Republicans flirted with the idea of banning on-camera interviews in congressional hallways, a plan quickly reversed after outcry from the press. CONTINUE READING

This tells you a lot about the values of the modern GOP, which will happily trade off health care for 20 million people for tax cuts that deliver almost hlaf their benefits to people with incomes over $1 million – fewer than 800,000 tax units.

But aside from the priorities, think about the process. The AHCA was deliberately rushed through before CBO could weigh in; the Senate GOP is working completely in secret, with no hearings, and anything it passes will surely also try to preempt the CBO. CONTINUE READING

McConnell is trying to eviscerate the Affordable Care Act using methods completely at odds with how the law was originally brought to life in the early Obama administration. The ACA was debated for more than a year and went through an elaborate hearing and amendment process that included some changes urged by Republicans.

By contrast, the bill Senate Republicans are writing is being held as close as the nuclear codes. In the meantime, President Trump and his administration (including, most recently, Attorney General Jeff “I don’t recall” Sessions) keep providing McConnell excellent cover as their assorted outrages dominate the news and deflect attention from Capitol Hill. The wrecking squad works in the shadows knowing that if the public were given time to absorb the damage in store for millions of Americans, the pushback would be enormous. CONTINUE READING