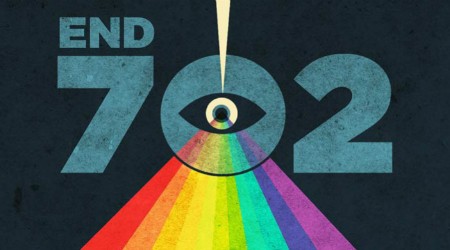 As public awareness of NSA surveillance practices has grown, so too has public outrage. That outrage is the fuel for meaningful change.

A key legal linchpin for the National Security Agency’s vast Internet surveillance program is scheduled to disappear in under 90 days. Section 702 of FISA—enacted in 2008 with little public awareness about the scope and power of the NSA’s surveillance of the Internet—supposedly directs the NSA’s powerful surveillance apparatus toward legitimate foreign intelligence targets overseas. Instead, the surveillance has been turned back on us. Despite repeated inquiries from Congress, the NSA has yet to publicly disclose how many Americans are impacted by this surveillance.

With the law’s sunset looming, Congress is taking up the issue. The USA Liberty Act, introduced by Representatives Goodlatte (R-Va.), John Conyers (D-Mich.), Jim Sensenbrenner (R-Wis.), and others, may offer a chance to address some of the worst abuses of NSA Internet surveillance even as it reauthorizes some components of the surveillance for another six years.

But the first draft of the bill falls short. CONTINUE READING

Tim Cushing, Techdirt: Senator Burr Pitches 702 ‘Reform’ That Would Give NSA Back Its Most Abused Collection Program

The Senate Intelligence Committee has released its Section 702 reauthorization bill [PDF]. Rather than fix anything, it makes pretty much everything worse. This is largely due to Sen. Burr’s influence, who probably felt he had to bring something to the debate, but couldn’t bear to part completely with his “clean, forever reauthorization” dreams. CONTINUE READING

The problematic searches happen like this. Section 702 applies to foreign intelligence searches carried out in the United States of the content of communications, including emails, texts, and social network communications. The searches cannot be targeted at “U.S. persons,” who are U.S. citizens or permanent residents. Instead, they must be targeted at non-U.S. persons who are outside of the United States.

Here’s where the problem comes in. Suppose a foreign intelligence search is properly targeted at a non-U.S. person who is out of the country, such as in France or Pakistan. That target quite easily can send an email or otherwise communicate with someone inside of the U.S. At that moment, the full content of the U.S. person’s communications with that person get included in the surveillance authorized by Section 702. Ordinarily, the government needs a search warrant to gain the full content of communications of a U.S. person (or someone temporarily in the U.S.). Now, due to the happenstance that the U.S. person communicated with someone outside of the country, the content of communications become available to the government. CONTINUE READING