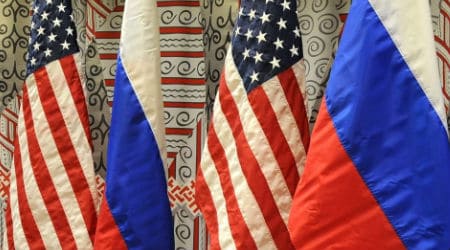 As US-Russian relations have deteriorated, the risk of a nuclear catastrophe—including the danger posed by a nuclear-armed North Korea—has risen to its highest level since the end of the Cold War.

The escalation of tensions with Russia serves neither the national interest nor our national security. Expanding sanctions will only drive a wedge between the United States and the European Union, spur Russia to take retaliatory measures, and make it more difficult to negotiate. This moment calls for diplomacy and dialogue, not moral posturing and triumphalism. CONTINUE READING

The letter detailed how President Trump could discretely impose sanctions on any company, European or other, that engages in energy ventures with Russian energy companies or the Kremlin government.

Juncker also feared that the draft law would lead to less international cooperation on handling Moscow’s occupation of Crimea following its annexation from Ukraine in 2014. CONTINUE READING

The Dallas Republican led the charge in raising concerns that portions of a bill to toughen sanctions on Russia would harm energy companies like Irving-based Exxon Mobil by preventing them from pursuing some major projects across the globe. And a new bipartisan deal to advance the sanctions now features changes to address those worries. CONTINUE READING